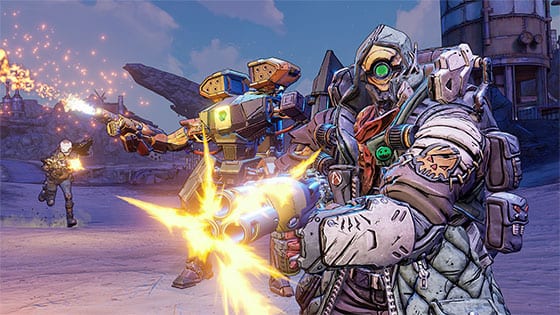 During PAX Online 2020, Gearbox held its own online panel to showcase all the grand plans they have in store. In addition to the Bunkers and Badasses tabletop game, free next-gen upgrades, and other news, Psycho Krieg and the Fantastic Fustercluck won’t be the last downloadable content to grace Borderlands 3 because another DLC is coming later this year. Check out the announcement at the designated timestamp below (41:50):

While the details on it are scarce, we do know that the to-be-revealed DLC will have a host of new missions, game modes, and a new skill tree for each vault hunter. Borderlands 3 creative director Graeme Timmins shared a first-look at the Trapper skill tree coming to FL4K, including a new action skill ability and pet – the Hyperion Loaderbot.

“Loaderbots are ranged-based pets, but eventually can be specced into more close-quarter versions as you go down the tree,” Timmins explained. “All Loaders start as Ion Loaders – these are equipped with a Hyperion shock sniper rifle. Their attack commands fire slow-moving shock projectiles that can be shot, creating shock novas. Later in the tree, you can evolve the Ion Loader into a Bul loader or even a War loader.”

According to the official Borderlands 3 blog post, “Putting skill points into the Trapper Skill Tree will greatly increase shields and survivability for both FL4K and their pet, while the Gravity Snare Action Skill grants FL4K an effective means of crowd control. When thrown, the Gravity Snare will periodically toss nearby enemies into the air and slam them into the ground, interrupting their attack animations in the process and making it easier to isolate and eliminate your targets.”

Sounds like FL4K mains will have a a devastating new pet to strike fear in the hearts of their enemies! There’s no release date for the untitled DLC. In the meantime, Borderlands 3: Psycho Krieg and the Fantastic Fustercluck is available to play right now.

What do you think about another DLC coming to Borderlands 3? Are you impressed by FL4K’s new skill tree so far? Let us know what you think in the comments section below or start a conversation on Don’t Feed the Gamers Facebook page. To stay up to date on gaming and entertainment news as it happens, follow us on Twitter! Here are some of our latest: 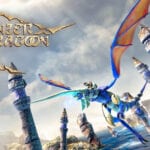 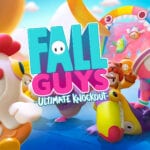 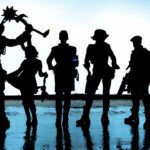 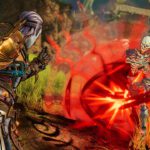 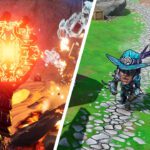