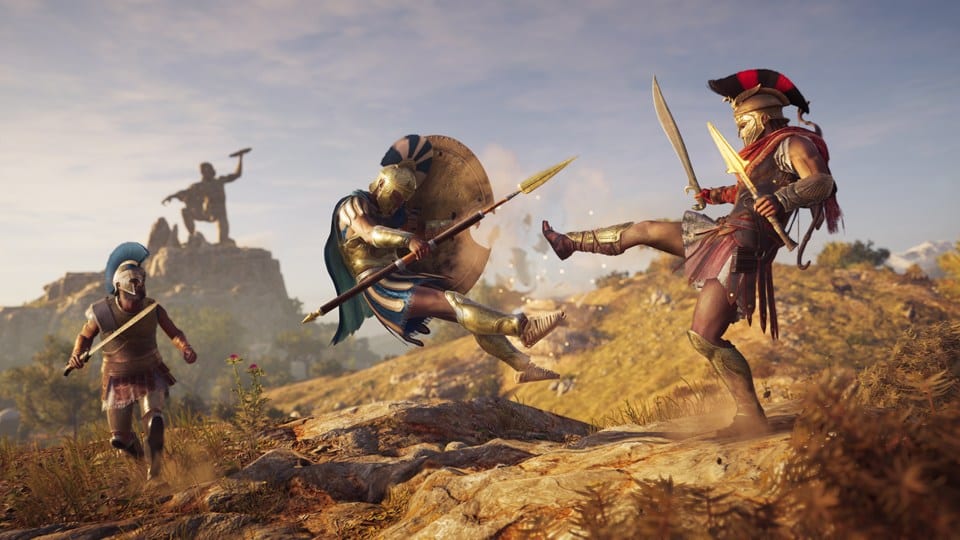 Following the epic story of Bayek and Aya in Egypt, Assassin’s Creed Odyssey was leaked a little early at the disdain of Ubisoft and curiosity of gamers and fans everywhere. Since then, it was confirmed that this next entry within the franchise will be visiting ancient Greece with depthful dialogue comparable to the Dragon Age and Mass Effect franchise from BioWare. In other words, there’s an emphasis on interaction choices. In fact, players can even choose between assuming the role as a female or male protagonist – Alexios or Kassandra.

As for what was shown at Ubisoft’s E3 2018 showcase, there’s an atmosphere that speaks to the famous 300 film and touches on that same era. Players assume the role of one of two Spartan outcasts turned mercenaries who will rise to the top to become the hero that Greece “desperately needs”. Check it out below:

Ancient Greece is an open-world in Assassin’s Creed Odyssey, borrowing a few features from the previous entry, Origins. The approach to gear and weapon improvements will be similar, but there will be fantastic abilities to check out as well. There’s even “open-world naval gameplay”. Here are a few other details on the game:

Beginning with the decision of which character to play as, Assassin’s Creed Odyssey gives players the ability to make story-altering choices by navigating interactive dialogue, making or rejecting alliances, and pursuing romance. Assisted by a mysterious First Civilization artifact, the Spear of Leonidas, you’ll also be able to unlock new, seemingly supernatural abilities as you journey through Greece, hunting secretive enemies, meeting famous historical figures, encountering myths, and fighting in huge battles between Athens and Sparta.”

Assassin’s Creed is scheduled to release on October 5th for Xbox One, PS4 and PC. What were your favorite moments from Ubisoft’s presentation at E3 2018? Are you excited for the next entry for AC? Let us know what you think in the comments section below or start a conversation on DFTG Facebook page. To stay up to date on gaming news as it happens, follow us on Twitter! Here’s some of our latest: 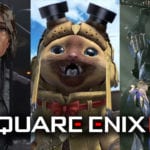 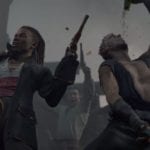