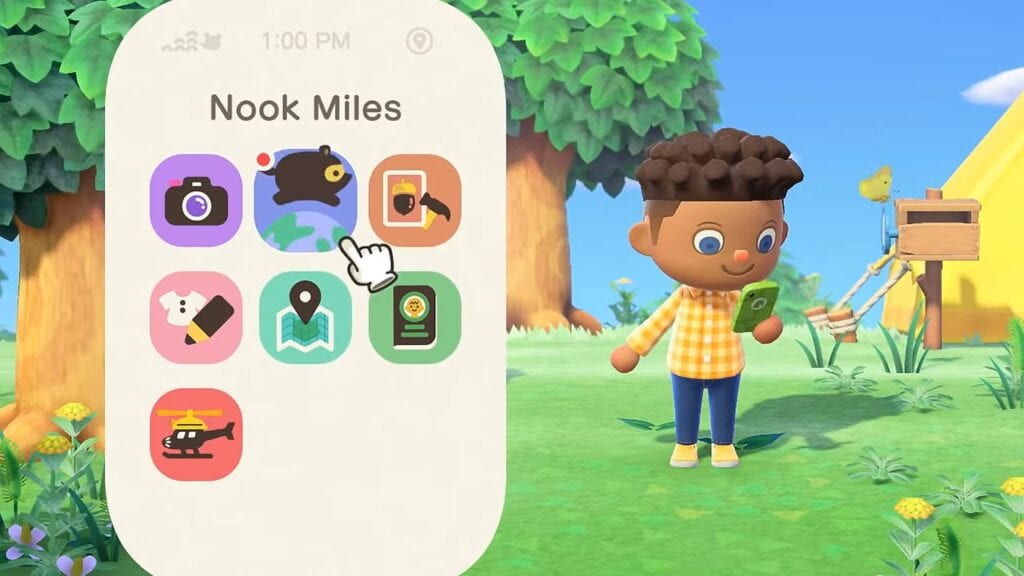 Having seen several showcases over the last few months, an all-new island-hopping iteration of Animal Crossing is finally approaching its release. Titled ‘New Horizons,’ the cutesy life simulator series is next headed to the tropics by way of the “Deserted Island Getaway Package” headed by everyone’s favorite trash panda Tom Nook. Revealed at the game’s recent Nintendo Direct, players were shown to be greeted with several luxuries when introduced to the lovable critter community—one of which being a proprietary in-game smart device known as the NookPhone.

As the Nook-branded phone is posed as essential for living one’s best island life, the device features a periodically-growing list of applications designed to help keep players on the right track. The NookPhone is confirmed to support ten apps so far, each tied to a specific on-demand service: Call Resident, Camera, Custom Designs, DIY Recipes, Island Designer, Map, Nook Miles, Nook Shopping, Passport, and Rescue Service. As taking selfies with the Camera and navigating the Map would be straightforward for anyone familiar with a smartphone, the remaining programs look to offer unique functionality on the road to creating an island paradise. 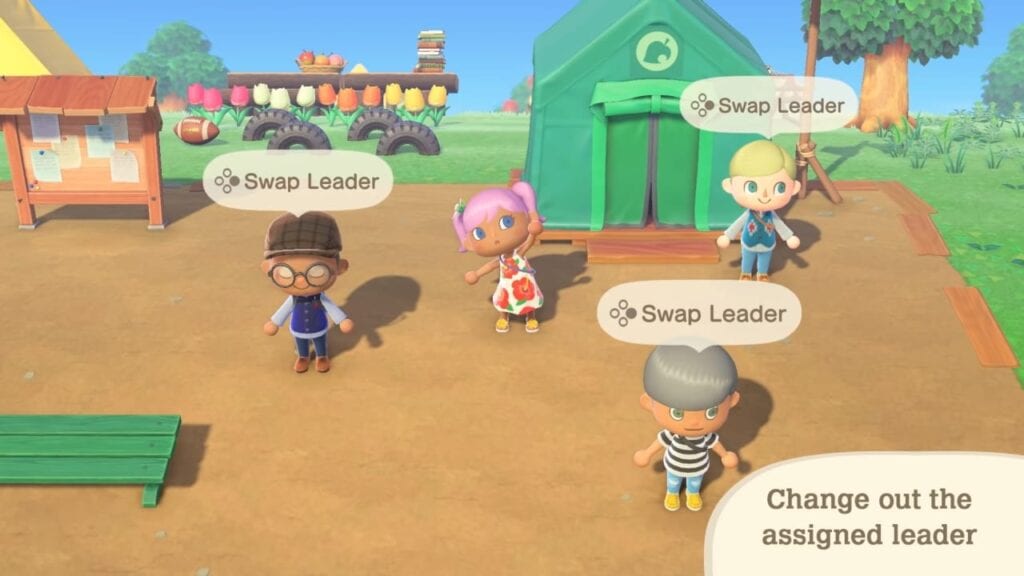 As up to eight real-world players can live together on an island, New Horizons offers a means for local inhabitants to squad up with the Call Resident app. Up to four players can assemble and share the same screen in a party, with the original caller acting as the leader and the remaining three deemed the followers. In this mode, only the leader is given full access to features, but players are easily able to switch up the roles, letting others take turns as the leader and follower at any given moment. As squads will undoubtedly collect a number of resources along the way, the items can be later claimed in a handy Recycle Box located in the Resident Services building. 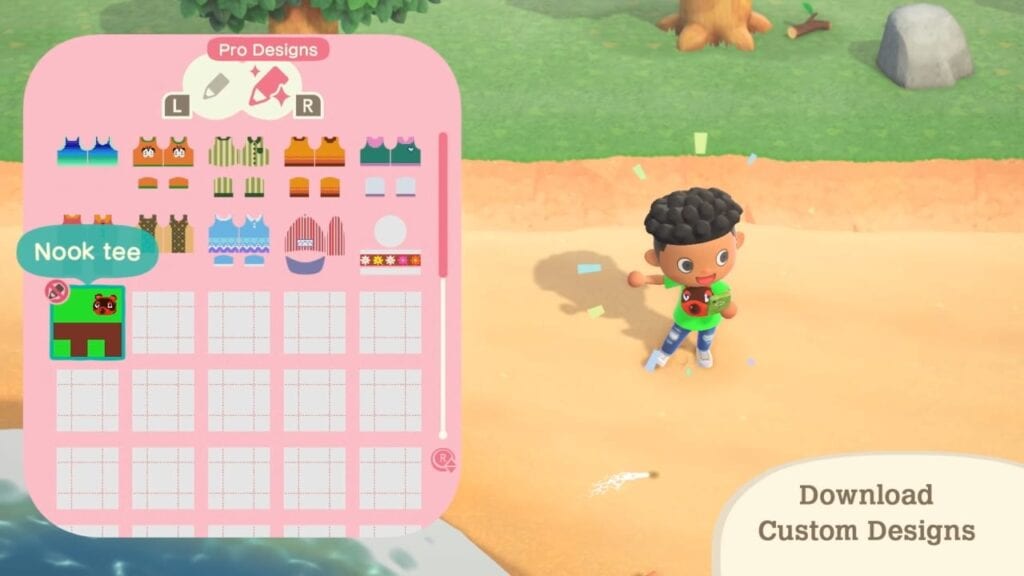 Giving players the edge when customizing their experience, Custom Designs allows the creative bunch to add a bit more flair to their character’s furniture or clothing. Such personalization comes with a few notable options, with players able to create designs through the in-game editor or import them externally from the Nook Link service on the Nintendo Switch Online app. Using the service, longtime Animal Crossing users will even be able to carry over their custom works from previous games by scanning the appropriate QR code from 3DS titles Animal Crossing: New Leaf or Animal Crossing: Happy Home Designer. 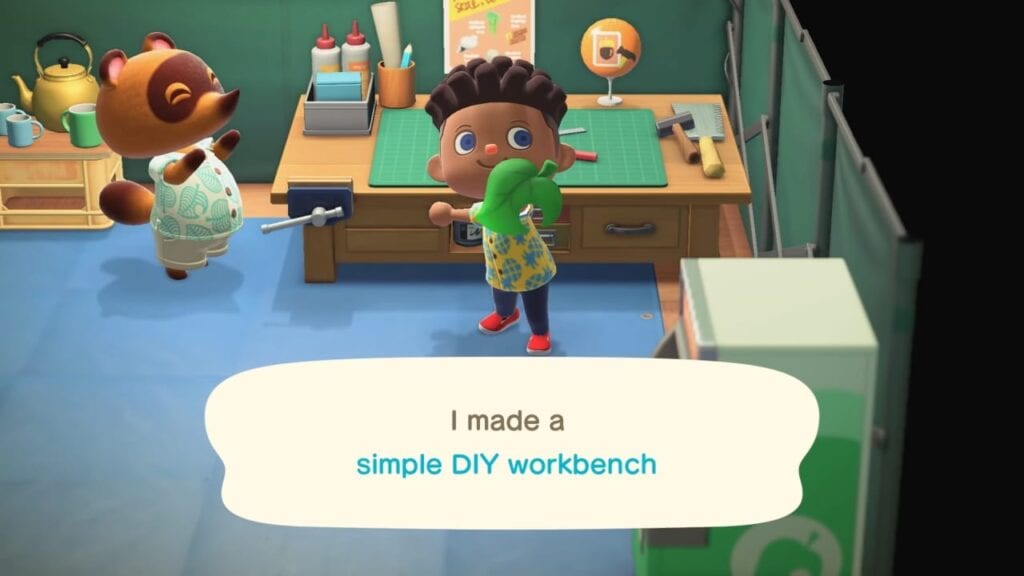 One of the main sources of fun in Animal Crossing is the sheer amount of customization available to players with the proper resources. However, New Horizons takes this idea up a notch with the inclusion of DIY Recipes, giving players the means to craft their own items with the help of carefully-learned blueprints. These handy skills are mainly acquired by participating in DIY workshops held in the Resident Services area, with Tom Nook himself overseeing the player as they learn how to assemble and customize tools, furniture, as well as other structures. 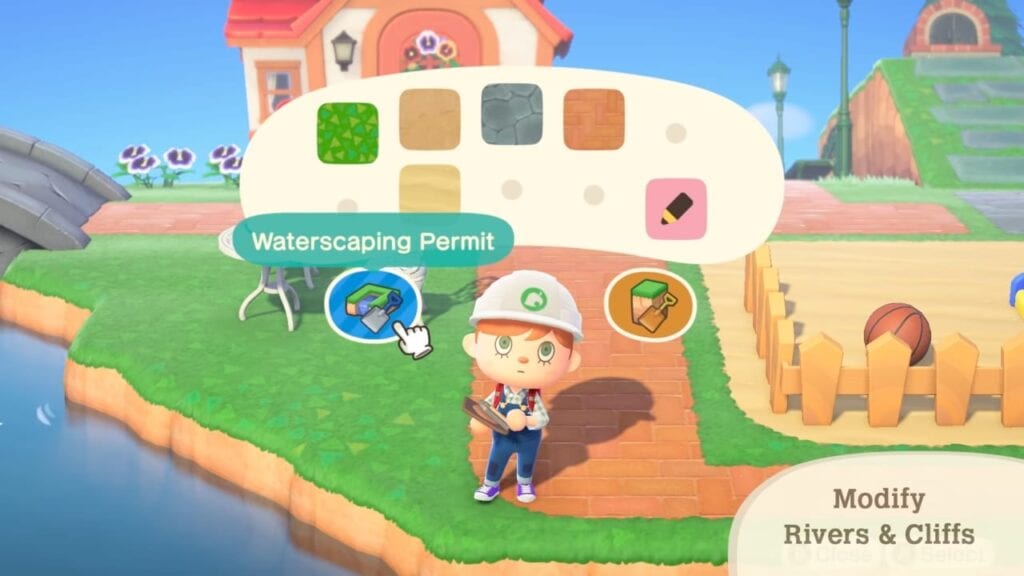 While traversing the island in its natural state is a perfectly possible way to go about things, New Horizons also offers the ability to alter the terrain itself to make for a much smoother experience. After reaching the appropriate game milestone, one can begin decking out their village with bridges, ramps, and staircases to provide extra accessibility to inhabitants. With even more experience, players can gain access to the NookPhone’s Island Designer app and reconstruct the isle itself, making pathways, cliff faces, and even waterways editable with the proper permits in place. 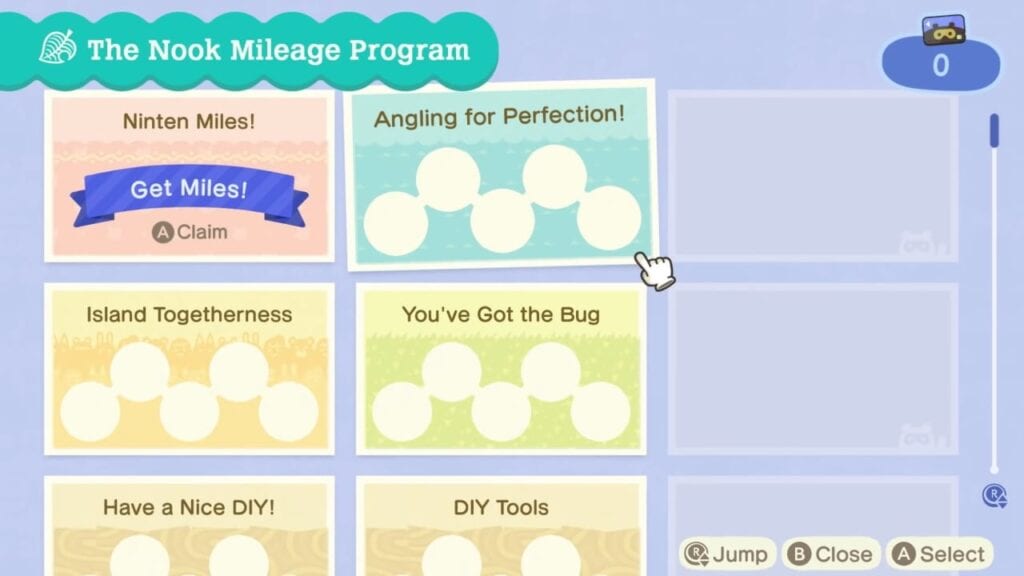 With so much to do on the island, Animal Crossing: New Horizons gives a guiding hand with its very own achievement system of sorts. Called the ‘Nook Mileage Program,’ a set of tasks are presented to the player where completion doles out a series of special points called Nook Miles. Stacking these rewards can be pretty ideal, as they eventually can be used to pay-off Island Getaway debts, random plane tickets, or redeemed in exchange for Nook-branded goods via the Nook Stop Terminal located in the Resident Services tent. Nook Miles can also be exchanged in a section called Nook Shopping, but not much else was shown regarding this specific service. 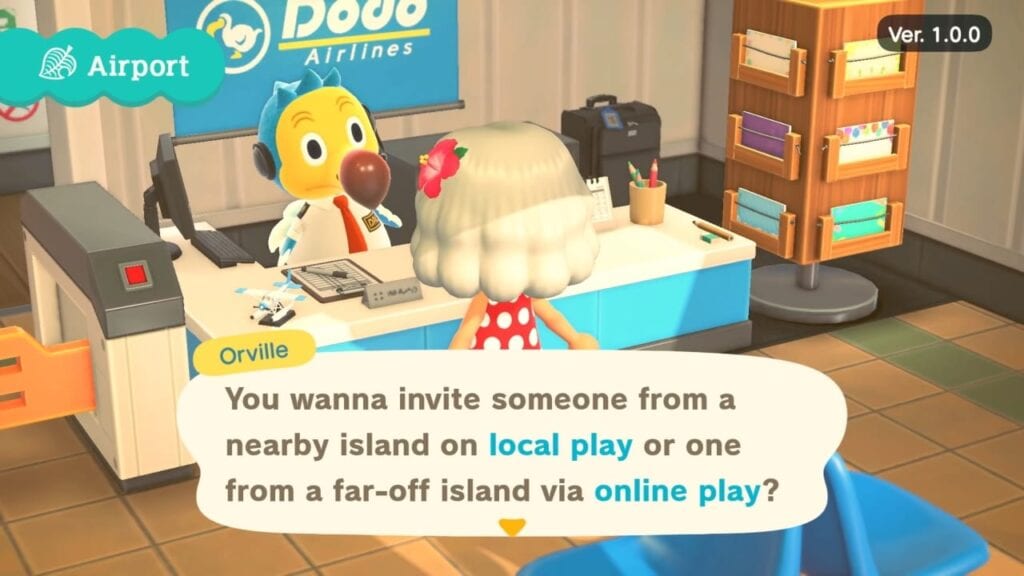 Similarly to Nook Shopping, little was specifically revealed about the Passport app as well, though, a bit can be gleaned by the Direct’s focus on visiting other islands. In New Horizons, the game’s Airport acts as a hub for vacating to other in-game islands as well as for facilitating online multiplayer. Multiplayer allows up to 8 players to party up online and visit each other’s islands, but players can also communicate across the Airport’s mail message system. Similarly to real-life, players could possibly utilize the Passport app as a means of ID or keeping track of places they’ve been. However, its exact purpose on the NookPhone remains to be seen at this time. 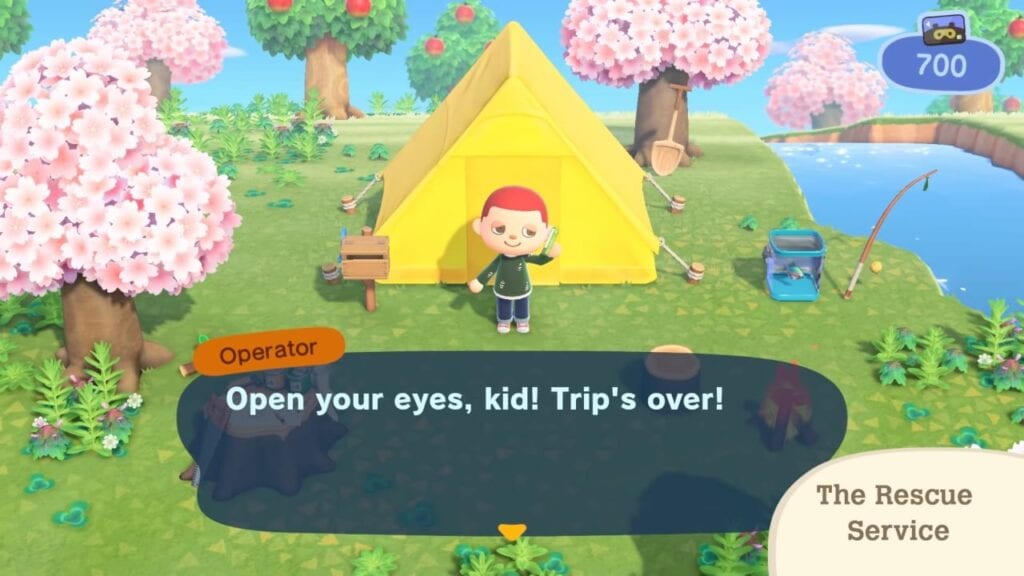 For those likely-frequent situations when exploration gets out of hand, the NookPhone also comes equipped with a “get out of trouble” button of sorts in the form of the Rescue Service app. If stuck in a weird spot or dangerous location, calling up the Rescue Service operator yields the phrase “Rangers Go!,” deploying a team of shadowy operatives to quickly take the player back to familiar territory. This service may prove pretty handy as New Horizons was shown to house several threats among all the vibrant fun, including such potential bummers as bee swarms, sting-happy scorpions, and even g-g-g-g-ghosts! 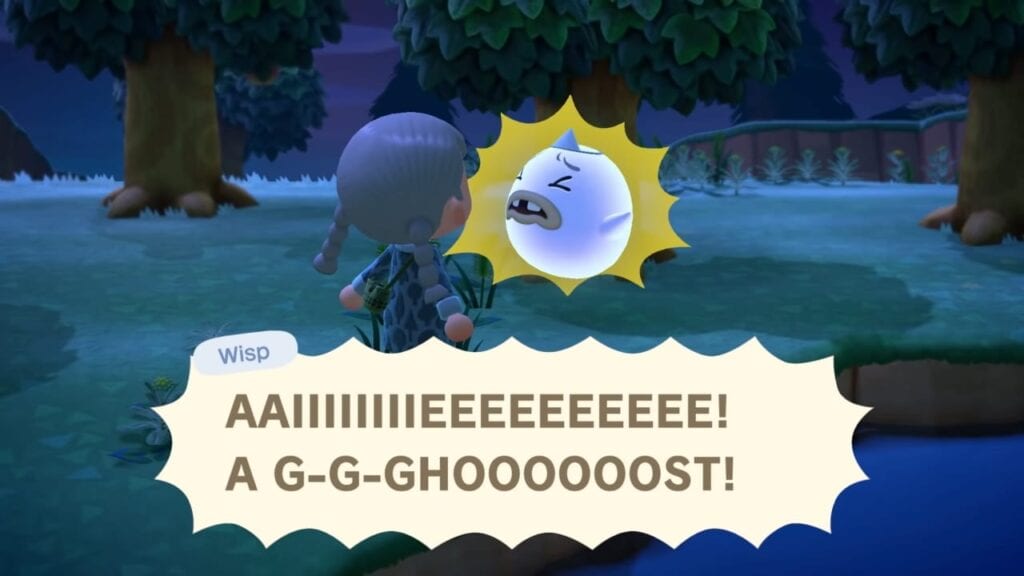 What do you think? Are you looking forward to trying out the NookPhone for yourself in New Horizons? What other apps do you think might be added in the future? Let us know in the comments below and be sure to follow Don’t Feed the Gamers on Twitter and Facebook to be informed of the latest gaming and entertainment news 24 hours a day! For more headlines recently featured on DFTG, check out these next few news stories: 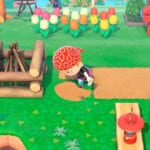 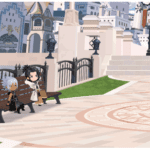