As Microsoft enables more and more functionality to their latest console, the Xbox One, requests for other neat features inevitably start to roll in. One of the more popular of these requests is the ability to purchase digital games for others to enjoy, a common practice the Steam community has enjoyed for a while now. As Microsoft’s Corporate VP of Xbox and Windows Mike Ybarra reveals on Twitter, Xbox One game gifting is something the company is pursuing, saying that the feature is “not far” off from being implemented.

If and when Xbox One game gifting is put in place, it will mark the first time a console has done so. Nothing else in terms of details were revealed, but the fact that it is in the pipeline should be a comfort to fans of the idea. When asked about other features they were working on, Ybarra answered positively, confirming the Xbox One X ability to record limited HDR video and the upcoming system’s compatibility with Dolby Atmos surround sound. Another tweet gauged whether Microsoft would ever let players delete games listed on their achievement list, as PlayStation 4 users can already easily do. The VP confirmed that they were “looking into it”, but had “nothing firm yet”.

What do you think? Should Xbox take more inspiration from Steam, or does console gaming need to become less like PC? Should Microsoft bring back that game sharing idea they presented a while back? Let us know in the comments below and be sure to follow DFTG on Twitter for more gaming and entertainment news 24 hours a day! For a few more details about more upcoming Xbox features, check out these next few links: 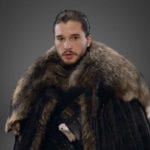