World of Warcraft’s Battle for Azeroth Brings a New Wave of PvP, According to Blizzard 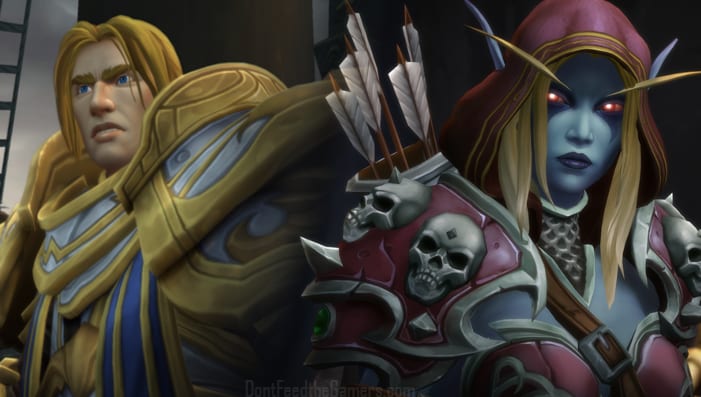 It’s almost time, World of Warcraft fans! The biggest expansion yet is almost here and the ultimate battle between the Horde and the Alliance will finally come to a climax. We already know that there is a lot of new coming with the expansion; new allied races, zones, and even a little about the War Mode. Now, Blizzard is here to tell us even more so that the hype train continues full speed ahead.

The latest blog post from the team reveals new details about the updated PvP system, plus tons of new info about the War Mode.” With Battle for Azeroth,” started the latest update, “we’re making changes to how we’re handling talents in PvP. In Legion’s current Honor Talent system, talents become available as you earn Honor levels through participating in PvP, which puts players looking to get into PvP for the first time at a disadvantage until they earn the tools everyone else already has. In Battle for Azeroth, we’re streamlining the system so that PvP talents will become available as you level, keeping players on more even footing.”

They even compared it to the last expansion, Legion, and how it differs, “In Legion, PvP talents were organized in rows of three, much like regular class talents; in Battle for Azeroth, players will be able to select any three PvP talents from a large pool of options, along with a special crowd-control-breaking talent (variations on the old “PvP trinket”).” 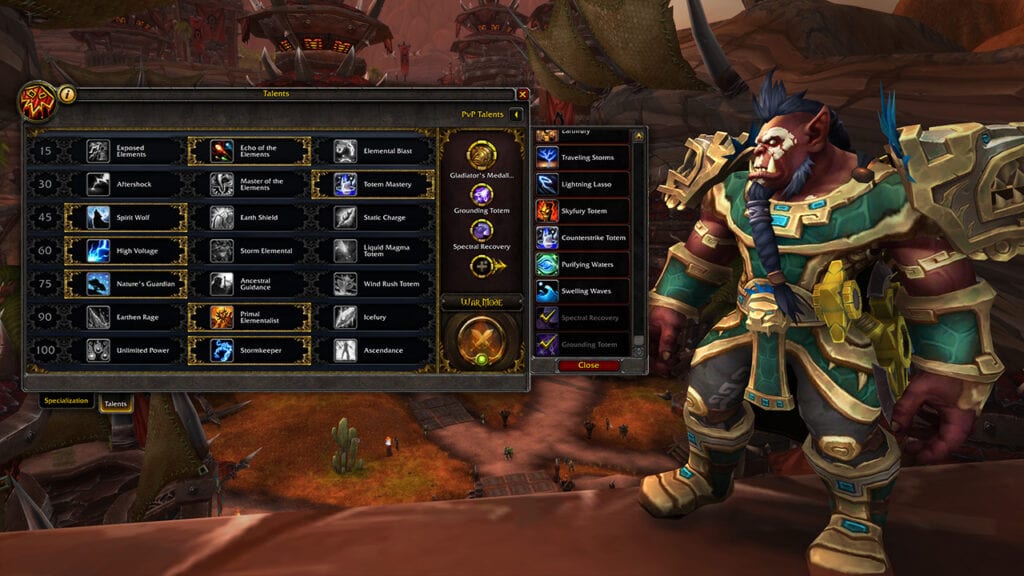 “You’ll earn this crowd-control breaker at level 20, choosing from one of three available options via a fly-out menu,” the blog post continued. “By level 110, all PvP talent options will be available to choose within the Talent pane (N). This system offers more options for customizing your character to suit your play style or your environment, whether that’s world PvP, Battlegrounds, Arenas, or the new Dueler’s Guild (more on that below). As with your class talents, you’ll need to be in a rested area to switch between these.”

So what about this War Mode and how does it differ from PvP of expansions past? “We’re introducing a new way of getting into PvP out in the world with a system we’re calling War Mode. War Mode tears down boundaries and server rule-set distinctions, allowing players on any realm to decide when they want to jump into a world PvP experience full of like-minded players in the ongoing battle between Horde and Alliance.

This new system gives us the opportunity to revisit World of Warcraft PvP as an open-world experience, building on the latest game technology available. Players can decide on the type of gameplay experience they want to have no matter their realm of choice. Whether that means opting out of world PvP entirely, gathering allies and venturing out into dangerous lands when the mood strikes you, or turning on War Mode and never looking back—the choice will be yours.”

With War Mode, we wanted to solve the problem of some players feeling “locked” into one play style or another by their realm choice. They might have picked a PvE realm purely because their friends were there, even though they were interested in open world PvP. Conversely, they could have chosen a PvP realm to start, but later decided it wasn’t for them anymore. War Mode provides a way for both styles of gameplay to co-exist for every player—and with the way realm sharding works now, we felt this was the right opportunity to let players choose.”

Players will be able to go into a world where others have this mode toggled on and from there can earn exclusive rewards for this level of play. This mode is also perfect for those looking to level up efficently, and those looking to gain Artifact Power, gold, and so much more.

War Mode has a couple of additional features to make things even more interesting:

“Infamy has its ups—and its downs. You can become infamous in War Mode by killing a certain number of players of the opposite faction without dying. Once you do, you’ll achieve the status of Assassin and gain an increase to your damage and healing by 15%. Congratulations!

Of course, there’s a downside to your newfound infamy. The more players an Assassin kills, the more likely they will show up on the zone map for other players to target and kill to gain a bounty. Players who successfully kill an Assassin of the opposite faction will receive Conquest points as well as other rewards. There can be three (or potentially more) Assassins on any Battle for Azeroth zone map at a time, providing plenty of opportunity for players—or groups of players—to take their revenge on the opposite faction’s Assassins.”

“From time to time, a flying machine will make its way across the sky. The rumble of its engine is a clear indicator that something is afoot. You’ll want to keep an eagle eye on the sky and watch for a War Supply Crate to drop somewhere in the zone. Similar to the chest in Gurubashi Arena, players can fight over the crate and claim it for their faction. Once a faction has gained control of the crate, anyone of that faction who is within the area will have a short period to open it and collect a piece of personal loot.”

YOU COULD BE A CONTENDER: BATTLE IN THE DUELER’S GUILD

“Take your duels into the new outdoor arenas in either Boralus or Zuldazar. Similar to the Brawler’s Guild, players can speak with an NPC who will queue them to take part in 1-on-1 duels in the arena. Once in the arena, you’ll battle it out against a rival player to see who continues on. If you lose, you’re out. How far can you go before you’re no longer the top of the heap? Getting far enough through the gauntlet of players will provide some achievements, including Master of Duels, which rewards the title Contender.”

There is so much more to learn, and you can do that by checking out the full blog post right here! As for the expansion itself, Battle for Azeroth goes live on August 14th! 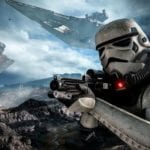 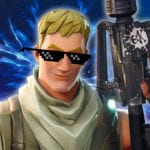