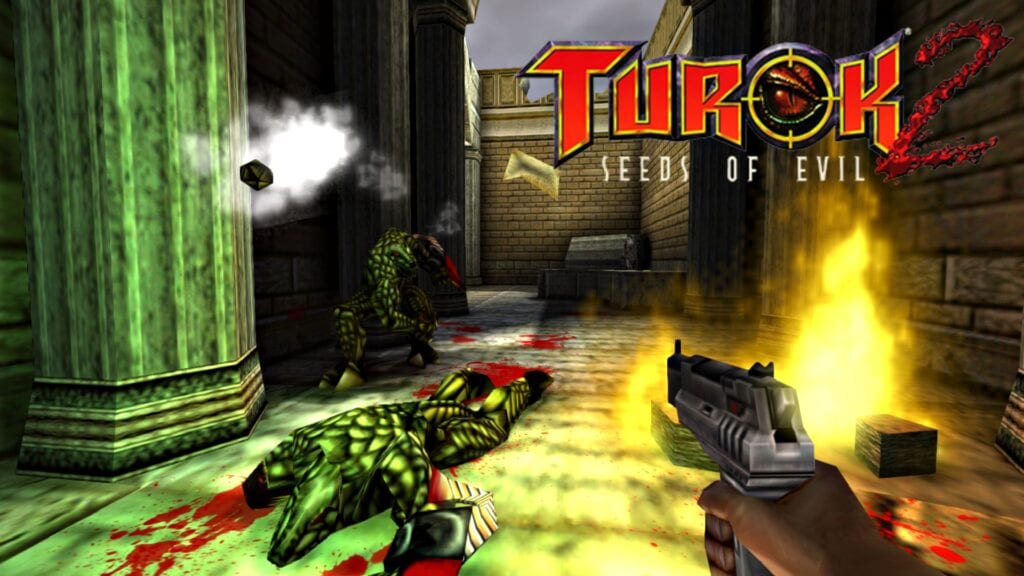 Turok 2: Seeds of Evil alongside the original title have arrived and they’re completely remastered with additional playable content, enhanced Nintendo 64 graphics, and more. To celebrate this special occasion of nostalgic dinosaur demolition, an all-new trailer was released by Nightdive. Check out the action-packed annihilation of reptile enemies below:

Having defeated the Campaigner, Turok throws the Chronocepter into a waiting volcano to destroy it. Unfortunately the blast awakens an even deadlier force – The Primagen. Once again a Turok is tasked with restoring peace to the land and stopping the Primagen from merging Earth with the nether world.”

Originally released for the N64 in 1998, nearly two decades have passed since the original release of Turok 2: Seeds of Evil, following the success of the original shooter. Players take on the role of Joshua Fireseed, a “Turok” that seeks to completely wipe out the the army of alien dinosaurs invading the land. This time, the enemies have returned smarter than before and have the ability to form together for group attacks, flee, and take cover. This fully remastered masterpiece of a run n’ gun shooter has 6 new worlds to discover, twenty weapons for satisfying take-downs, and a new multiplayer mode.

The remastered versions of Turok and Turok 2: Seeds of Evil are both available now for Xbox One and PC (via Steam). Did you play the original games on the Nintendo 64? What do you think about Nightdive Studios bringing back this nostalgic title? Let us know in the comments section below or start a conversation on Don’t Feed the Gamers Facebook page. To stay up to date on gaming news as it happens, follow us on Twitter! Here’s some of our latest: 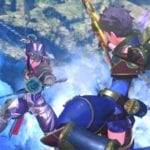 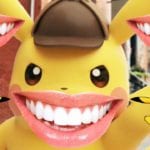 Pikachu Looks Hideous With Teeth - It's Just Not Right