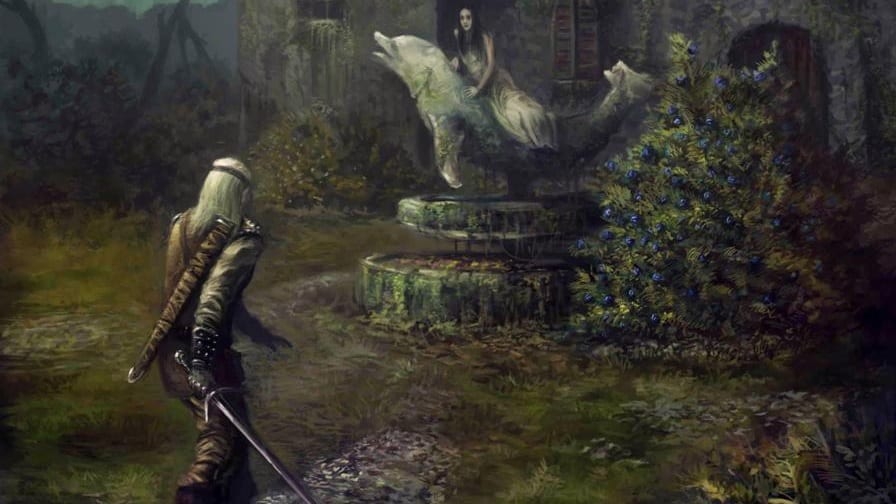 The Witcher has released the first page of the script from season 2, and it appears to hint at the retelling of one of the most beloved short stories from the book series by Andrzej Sapkowski. Released by Netflix on Twitter, the page depicts the intro to the very first episode of the upcoming season, which sees a merchant on a cart with his wife and daughter and wife riding with him. An unseen creature springs forth and steals away the merchant and his wife, leaving the daughter alone and defenseless. The girl flees to a nearby mansion on a hill overlooking the village with a single light burning inside.

As shown in the script page, these events are accompanied by some voiceovers by Henry Cavill’s Geralt of Rivia, who appears to be addressing a creature that even he is afraid of. If our guess is right, said creature may have been teased earlier this year with the confirmed casting of Kristofer Hivju as Nivellen, who first appeared in the short story “A Grain of Truth.”

This page from the Witcher Season 2 script shows the next season isn’t holding back. pic.twitter.com/O2ucSltlls

A Grain of Truth is Andrzej Sapkowski’s take on the classic Beauty and the Beast tale, with some surprising and intriguing twists. Earlier this year I suggested that this would make for some excellent television if Netflix were to bring the story to the small screen, and that appears to be the case here. Kicking of season 2 of The Witcher with this story will be a tough act to follow for the rest of the episodes, though we’ve little doubt Lauren S. Hissrich and her team can pull it off.

Season 2 of Netflix’s The Witcher series is expected to debut at some point next year.

So, thoughts on the script page? Let us know in the comments section below, and as always, stay tuned to Don’t Feed the Gamers for all the latest gaming and entertainment news! Don’t forget to follow DFTG on Twitter for our 24/7 news feed!