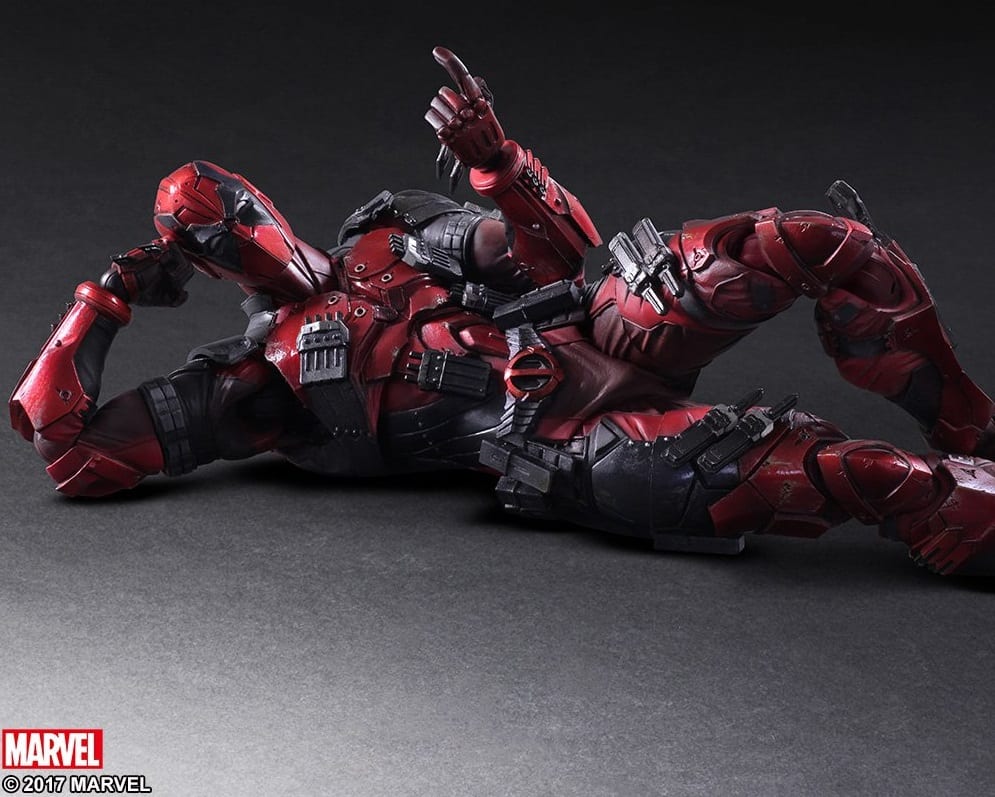 With the freshly renewed enthusiasm from fans of Marvel’s Deadpool, due in no small part to the incredible success of the long awaited Deadpool movie starring Ryan Reynolds, 2016 has been what some may call the year of the Dead…..pool….. the year of the Deadpool….. okay maybe only Wade Wilson (a.k.a. Deadpool) would say that. Whatever the case may be, this year has been huge for the Deadpool franchise and it’s fans. Having said that the recent resurgence of success surrounding Deadpool has made it an ideal time for companies to capitalize on the fandom hype. One such company is Square Enix.

Announced this last summer at San Diego Comic-Con, Square Enix has brought to the table an incredibly high detailed, high quality, armored variant action figure of our favorite ‘Merc with a Mouth.’ And now we get to take a peek of what all is entailed. 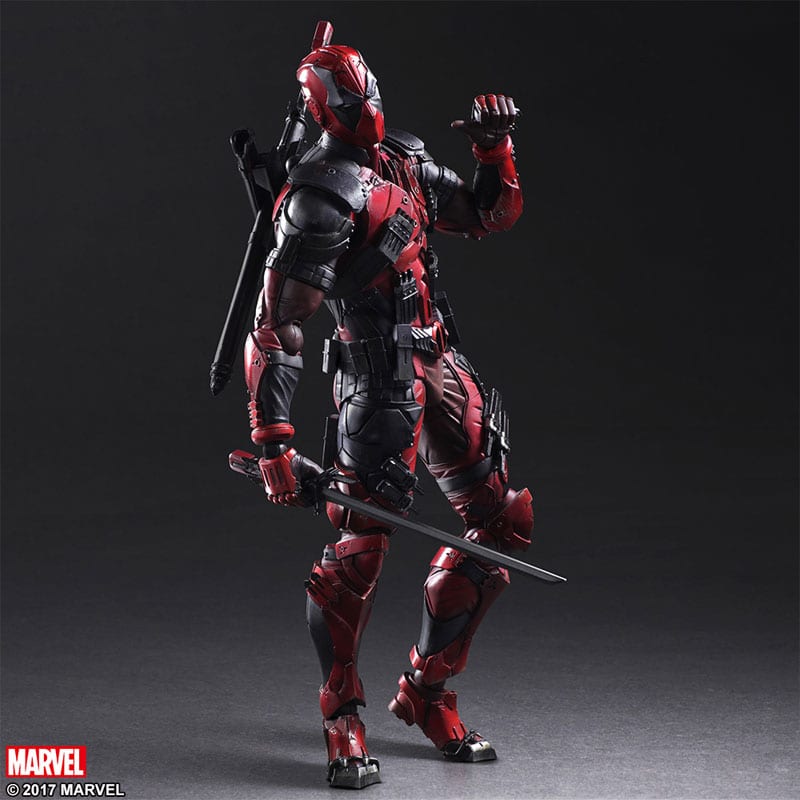 The new Marvel Play Arts Variant Deadpool Figure features a wide range of customization including three interchangeable heads, thirteen interchangeable hands, two swords, a gun, multiple knives and a figure stand. This 10 inch Deapool is quite the flexible character utilizing 20 points of articulation to be able to pose for the paparazi in any assortment of quirky poses in true Deadpool fashion. I bet with all that articulation you could even get him to pose holding a taco.

We have included three interchangeable head pieces featuring different facial expressions and a variety of interchangeable hands so that the collector can enjoy Deadpool’s comical and expressive character. With a wide range of motion, it is easy to recreate Deadpool’s dynamic nature. This figure’s possible poses range from mischievous gestures to powerful action stances.

Although it is not common to see an armored Deadpool, heavy armor aside, the Square Enix design team made a maximum effort to keep the figure as highly detailed and accurate to the representation of Deadpool as possible. (See what I did there? ‘Cause Deadpool says maximum effort- no just me? Okay that’s cool.)

Making sure our paintwork kept in line with the image of Deadpool portrayed in the film, we applied a deep red gradation on top of a more vivid metallic color. We also added some weathering effects to the armor, evoking the sharp contrast between Deadpool’s silly attitude and serious badassery.

Square Enix has opened up pre-orders for the new Deadpool figure which is priced at $149.99 and is set to release May of 2017. Just think in a few short months Deadpool could totally play with himself… as an action figure….. play with an action figure of himself….. you know what I mean! Are you a collector of awesome comic book or other nerdilicious paraphernalia? Come on down to the comments, take a seat.t. Remember to stay tuned to Don’t Feed the Gamers for more delicious gaming, comics, reviews and entertainment news. Also if you liked this, check out our review of Marvel’s Carnage statue! Maximum Effort! 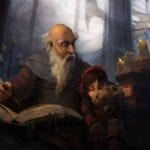 Heroes of the Storm Designer Needs YOUR Help with Deckard Cain 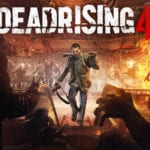