There is a new speedrun champion round these parts and his name is Chaotic Ace! The Legend of Zelda: Breath of the Wild speedrunner beat the entire game in 45.32 minutes which beats the previous record of a little less than an hour, set only one week ago. Now we know what you’re thinking, “How in the world did someone beat Zelda: BOTW in less time than a 4 year old can eat a sandwich?”, well we have his answer and that is to play the game… in German?

Well I guess it’s a good thing that speedrunners aren’t in it for the conversations, because unless you speak German you’ll have NO CLUE what these characters are saying. Apparently the German voice acting in Zelda: BOTW moves faster than all the other languages which allows you to skip the forced dialogue much easier. Speedrunners are finding all kinds of ways to become the fastest including discovering ways to skip the in-game puzzles, and the infinite horse stamina trick. The German trick is genius, but when will someone be able to accomplish 100% completion? Who will be our Meister (German for champion. see, I know things.) who is able to do everything in the game the fastest, not just the bare minimum? That would be interesting to see! Watch Chaotic Ace beat Breath of the Wild in just over 45 minutes below.

Watch live video from Chaotic_Ace on www.twitch.tv
Well ladies and gents, what did you think about the new Zelda: BOTW speedrunner champ beating the game in German? Would you try it yourself? Let us know in the comment section below or start a conversation about it on our Disqus. Want the best gaming news 24/7,  like the rumor that Emma Stone will be in Death Straning? Then follow us on Twitter! 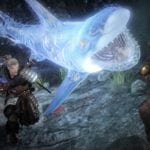 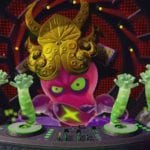