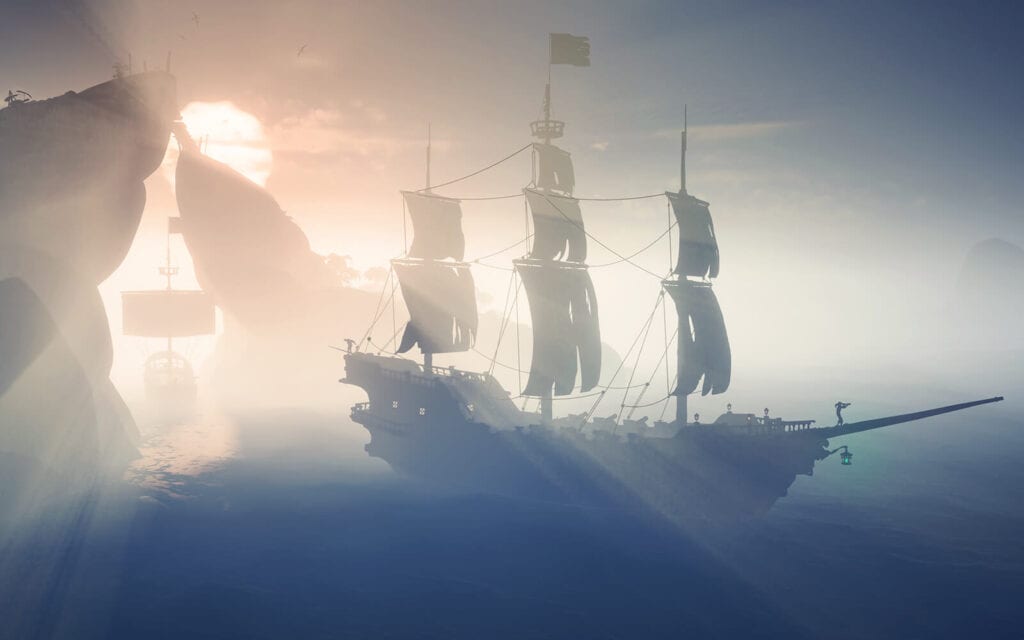 It has been several months since Rare released their last content update the Forsaken Shores for Sea of Thieves, but it’s time for sailors to partake in new adventures. In the latest release for the game, Shrouded Spoils obscures the salty seas in dense fog – challenging players to new threats and challenges.

With the new dangers lurking withing the mist, players can expect the spoils of the new conflict to be worth the risk! The developers at Rare have prepared a video that highlights some of the exciting new content released with Shrouded Spoils:

In addition to the video that puts a spyglass on the dangers that await sailors in the sea, the team behind Sea of Thieves also shared a few words on the latest content update:

As teased by the title, dense sea fog is among the most prominent additions in Shrouded Spoils, giving the game a whole new atmosphere by reducing familiar island skylines to silhouettes and making ambush by sea beasts, skellies or rival pirates a very real possibility. Stationing someone in the crow’s nest to call out dangers has never been more important.

Elsewhere, the focus is on scaling up existing threats to sailors on the Sea of Thieves. Hordes of skeletons have made land grabs by occupying more Skeleton Forts across the world, transforming them from abandoned ruins into eminently lootable hives of activity. Out at sea, the patchwork Skeleton Ships that rose from the depths during the events of Cursed Sails can now be encountered anywhere – including the scalding seas of The Devil’s Roar. If you’re confident in your ability to outpace them, be warned that nimble Skeleton Sloops are now at large too.

Check out everything released in Sea of Thieves update 1.4.0 below per Rare:

This content update also introduces and showcases a whole host of new features that will persist in Sea of Thieves beyond the time-limited event: 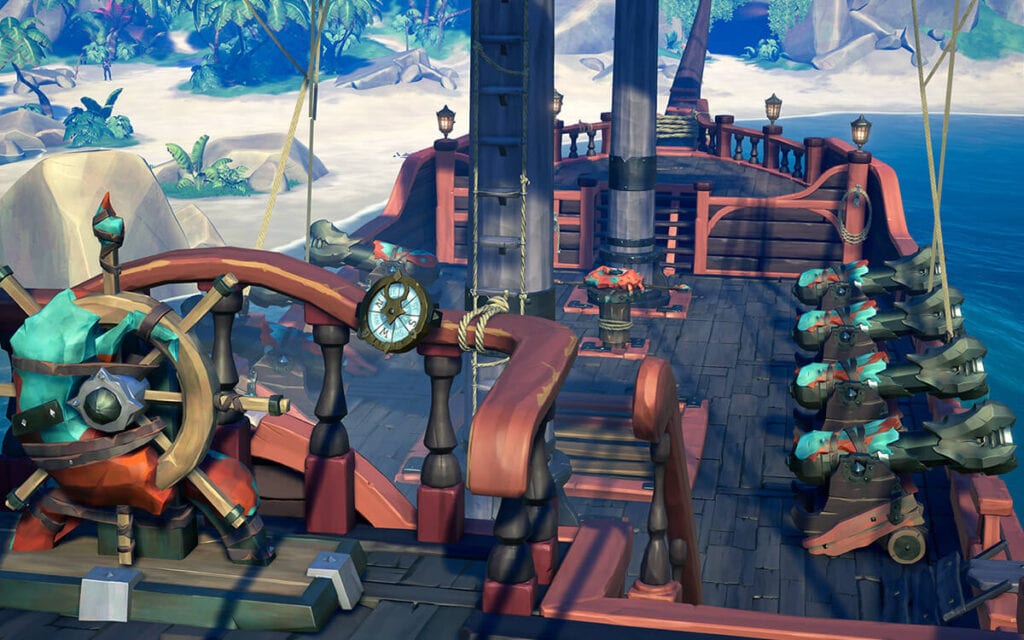 What do you think about the latest content update for Sea of Thieves? Are the new additions more of what you would like to see added to the game or do you think they should be going in another direction? Sound off with your thoughts in the comment section below, and don’t forget to check out DFTG on Twitter for gaming and entertainment news live 24/7! 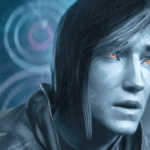