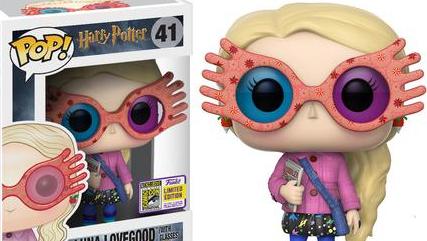 Funko is releasing a limited edition set of Harry Potter Pops exclusively for San Diego Comic Con and they are amazing. The 3 brand new figures are a perfect addition to any aspiring wizard’s collection. Two are a variation of characters from the original franchise, while one is a 6″ creature from the newer series Fantastic Beasts and Where to Find Them.

The first of the new Harry Potter Pops is Harry himself, which of course we’ve seen before in the Pop world, but this time he is extra special. The new Harry is different from normal Pop figures because he is riding his Firebolt broom instead of standing and is supported instead by a curved stand that actually prevents tipping. The figure is wearing his Quidditch robes and is holding the elusive Golden Snitch. He is just absolutely magical, check him out: 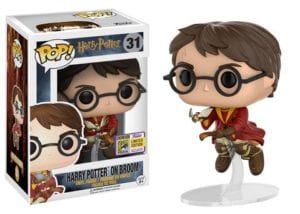 Next is the quirky Luna Lovegood, which again is not the first Pop of its kind, but is unique in that it is an alternative outfit than the original. This figure is sporting the outfit she wears in the Hogwarts Express scene from the 6th installment of the series, Harry Potter and the Half Blood Prince. She is even wearing the Spectrespecs and has an issue of The Quibbler under one arm. Everyone needs one of these to protect them from the Wrackspurts! 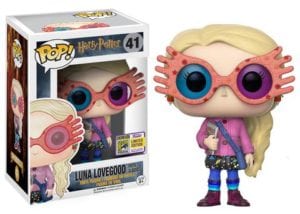 The last of the limited edition Harry Potter Pops is actually from Fantastic Beasts and is called the Occamy. It is a bird/serpent hybrid that changes size throughout the film. This figure is actually double the size of a normal Pop and measures 6″ high. Check this beauty out: 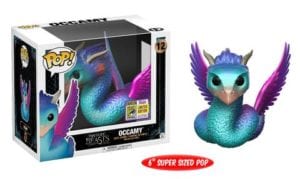 Do you have your eye on this set of SDCC exclusive Harry Potter Pops? Which is your favorite? Let us know in the comment section below and then follow DFTG on Twitter to stay updated on all the latest gaming and entertainment news with our live 24 hour news feed! 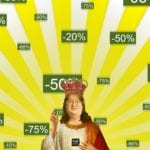 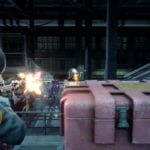 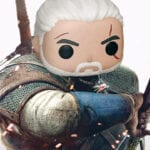 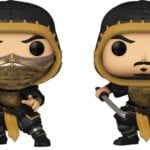