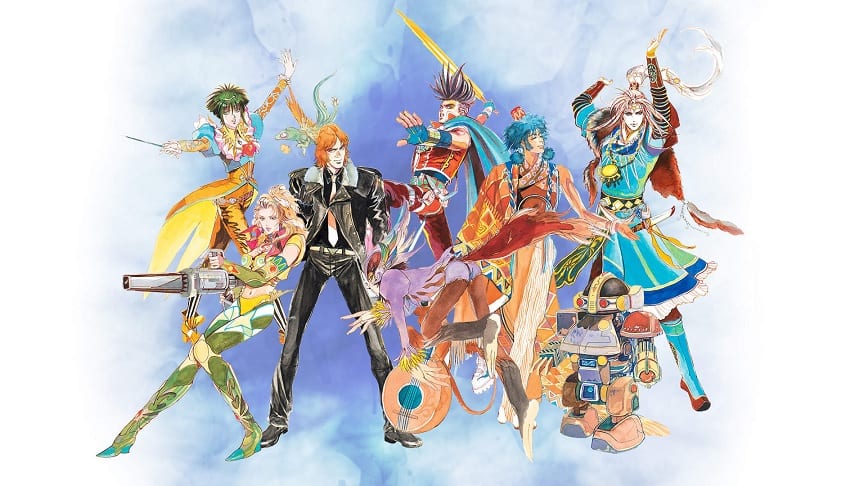 It wouldn’t be too much of a stretch to say that Square Enix’s ‘SaGa’ franchise walked so that Octopath Traveler could run, with the former series pioneering the prospect of numerous ‘main characters’ and  non-linear branching plots. Fast forward a few decades later and SaGa Frontier Remastered is on the cusp of release, with Square Enix releasing a new launch trailer showing off another look at the remaster’s gameplay.

Square Enix took to YouTube today to release the launch gameplay trailer for SaGa Frontier Remastered. Running just under 8 minutes long, the trailer narration goes over some of what makes the original title so unique, now with the added benefit of the 8th character Fuse and scenes not in the original game. Fans can also look forward to new features such as New Game+ and the double speed option, the latter of which has been getting added to more than a few of Square Enix’s remasters as of late. Check out the trailer below:

“The team of eight have returned – now with Fuse added as a playable character! Choose your favourite character and embark on your own unique journey. Each of the eight characters have different goals and endings. Your choices will affect how events unfold using the Free-Form Scenario System. This in-depth system will allow you to manipulate and expand a story all your own.

Challenge yourself in nail-biting battles by using ‘glimmer’ as well as learning new skills such as the ability to fire consecutive special attacks from multiple team members. With beautiful graphics, as well as the addition of new events and features, SaGa Frontier Remastered is an experience not to be missed!”

Thoughts on the launch trailer? Let us know in the comments section below, and as always, stay tuned to Don’t Feed the Gamers for all the latest gaming and entertainment news! Don’t forget to follow DFTG on Twitter for our 24/7 news feed!