Ubisoft has always done a great job at releasing loads of varied and interesting Operators for Rainbow Six Siege, with the latest notable entrants coming from Operation Burnt Horizon. Now, it appears that the publisher is going in a bit of a different direction with the latest new playable character, something that should’ve been fairly obvious thanks to the gif at the top of the page.

Rainbow Six Siege is getting tons of new content and more playable characters during the latest new update, revealed as Operation Phantom Sight. The operator seemingly chosen to lead the charge is named Nøkk, the subject of the latest trailer released by Ubisoft. Check out Nøkk in the reveal trailer below, and I really hope you aren’t a Vigil main if you’re reading this.

Here’s the lowdown on Nøkk, courtesy of Ubisoft:

“Nøkk has been a mystery for quite some time. There is very little that anyone outside Rainbow knows about her. For an accomplished undercover agent whose work remains mostly unrecorded, it is amazing that she has managed to hold onto who she is at her core.

Focused and driven, she uses her special operations training to infiltrate, gather intel and defeat her opponents. As a member of the Jægerkorpset, she strikes fear into the hearts of anyone who goes up against her.

On top of that, she harnesses a spirit of loyalty and leads by example to elevate the people she works with. Unlike the general population, her fellow Operators know who she is and welcome her into the fold. The potential scandal her family might face is of little importance to them; she’s one of the best in her field, and they wouldn’t betray her even if it came to that.

Her gadget is just the icing on the cake for an already dangerous operative. The HEL, which she worked on to improve with specialist Grace “Dokkaebi” Nam, makes Nøkk nothing short of a ghost, and leaves her opponents looking over their shoulders.”

Those interested in Nøkk needn’t wait too long, as the full reveal of Operation Phantom Sight is set to air during the Rainbow Six Siege Pro League Finals on May 19th. Rainbow Six Siege is now available for PC, PlayStation 4, and Xbox One.

So, thought on the new operator? Plan on giving her a shot? Let us know in the comments section below, and as always, stay tuned to Don’t Feed the Gamers for all the latest gaming and entertainment news! Don’t forget to follow DFTG on Twitter for our 24/7 news feed! 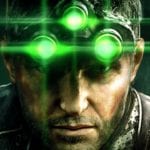 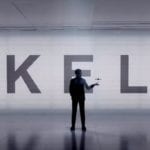