Rainbow Six Siege is approaching its third year and second season, a feat in itself considering how video games age in the industry, but Ubisoft has seen great success in the game. Earlier this month, they celebrated 30 million players that continue to dominate in R6 and now they have even better news for fans. After the grand anticipation of Operation Chimera, the developers have yet another event to fully reveal in the coming weeks dubbed Operation Para Bellum.

Since their latest event, Ubisoft has continuously brought forth improvements to enhance the overall enjoyment of the game – from a new intel gadget, a new pick & ban system, Clubhouse map buff and much more. There are even upcoming fixes that will adjust dropshotting and a new animation for counter diffusion. However, their next largest update will likely surprise fans given how recently the last one began.

Featuring “their most competitive map to date” and two new defenders joining the fray, Operation Para Bellum will be their next biggest update to follow. There hasn’t been a full reveal just yet, but Ubisoft will make the official announcement on May 19th to the 20th during the Pro League Finals on their Twitch channel.

Need the latest intel on Rainbow Six Siege updates? Don’t forget to check out the latest outfit added to the collection with Valkyrie’s Elite set, which include her War Photographer ’72 uniform, a corresponding chibi, weapon skins, animation and even a Shutterbug gadget skin. There are also other uniforms and headgears available available for the season.

Based on the name, what do you think Operation Para Bellum will involve in terms of story and new characters? Perhaps it will follow Chimera or be a completely separate idea on its own? Let us know what you think in the comments section below or start a conversation on DFTG Facebook page. To stay up to date on gaming news as it happens, follow us on Twitter! Here’s some of our latest: 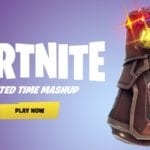 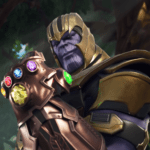 Fortnite: Thanos Has Arrived - How To Play As The Mad Titan (VIDEO)