The folks over at Sony are at it again, this time adding a bunch of new titles to its PS Now streaming service program. As detailed over on the PlayStation Blog, the latest batch of titles are being added next month, joining the now 800+ titles that are currently available. The new batch of additions features some heavy hitters, including Fallout 4, Tekken 7, and the first rebooted DOOM game. Here’s the full list:

For those curious, Sony also ran some numbers and determined which of the currently available PS Now titles were played the most during the month of July. The list itself is pretty varied, with titles such as Rocket League, Mafia III, and Borderlands: The Handsome Collection all making the cut. Here’s the full list:

The latest additions to PS Now will be available from August 6th and onward.

So, thoughts on the new titles? Which ones are you most excited to play? Let us know in the comments section below, and as always, stay tuned to Don’t Feed the Gamers for all the latest gaming and entertainment news! Don’t forget to follow DFTG on Twitter for our 24/7 news feed! Call of Duty: Modern Warfare Could See The Return Of Task Force 141 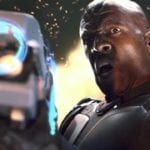