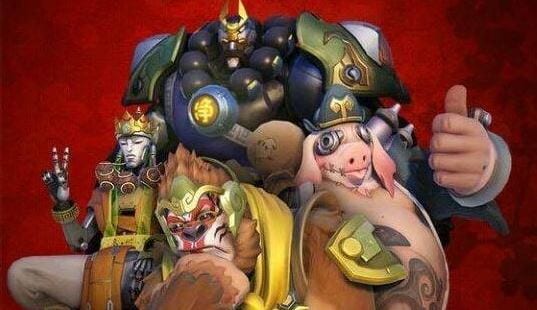 Trending on Twitter today is an alleged Overwatch leak regarding a few of the heroes. An upcoming holiday event encompassing the Year of the Rooster, the company has already revealed two legendary skins – one for D.VA, as well as Mei. For the latter hero, Blizzard faced a lot of backlash regarding the lackluster holiday skin. According to a thread posted on Reddit by bata12 today, the poster that was supposedly leaked was showcased on Gewara, a large movie ticket website in China. It is likely an advertisement for players over there. Check out the poster below. 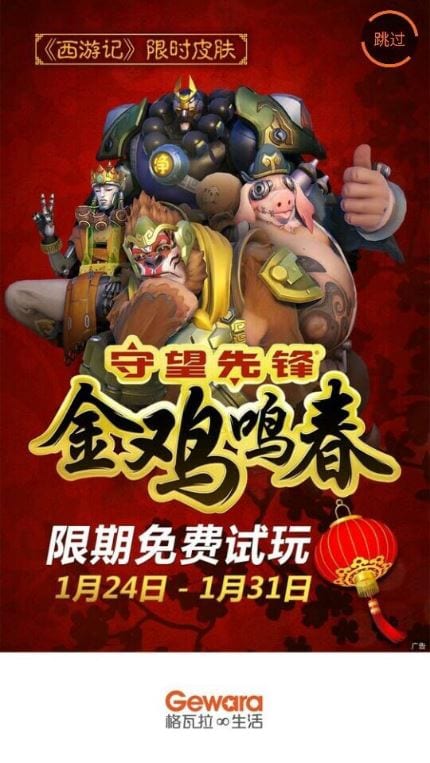 From the looks of it, this may not be so much a leak as much as it is an advert. It appears that Winston is sporting an outfit resembling the Monkey King, a Chinese folk tale. The story was popularized by many films, but especially in the anime many of us know and love – Dragon Ball Z. While the representation wasn’t entirely accurate in the anime series, that’s how many came to know the Monkey King. Others know this mythical figure as Sun Wukong from the novel – Journey to the West.

It’s a very popular story. Now, please correct me if I’m wrong, but this is what I can tell each hero represents. I’m not entirely sure about Reinhardt, but I’m fairly confident regarding the others.

What do you think of this supposed Overwatch leak? Is it just a promotional ad that finally made its’ way to the US? Do you think these skins will appear on the North American servers? Feel free to let us know in the comments section below! We would love to hear from you. Don’t forget to follow Don’t Feed the Gamers on Facebook and Twitter to stay up to date on all the gaming news – as it happens! 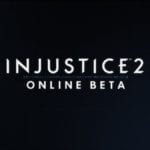 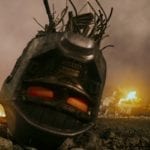