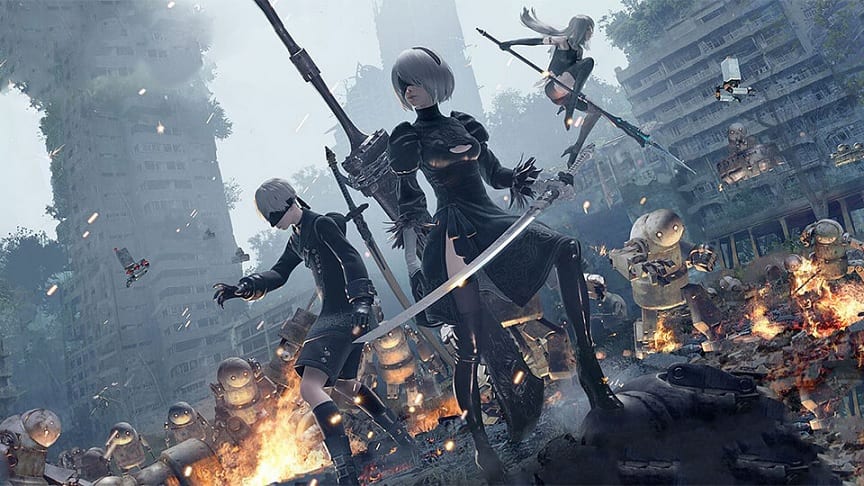 During Microsoft’s E3 2018 conference it was revealed that the Xbox One will be getting some Yoko Taro awesomeness in the form of NieR: Automata BECOME AS GODS Edition, a compilation title that includes some former pre-order bonuses and will be available on June 26, 2018. That’s all well and good, but what about a port for the Nintendo Switch? According to game director Yoko Taro, we’ll have to ask developer Platinum Games.

During an official Square Enix Presents stream at E3, director Yoko Taro, producer Yosuke Saito, and designer Takahisa Taura discussed both the Xbox One port, and the possibility of getting the game onto the Nintendo Switch. Because Yoko Taro is involved there is plenty of whimsy to be had, though, without further ado, here’s the full transcript:

YT: Well, um, when are we getting the Switch version Saito-san?

YS: Well, it’s not all on me to decide because Platinum Games do take painstaking time to develop for each console.

TT: Well, I don’t think it’s a good idea to ask me about something as big as this.

YT: I want a Switch version, Taura-san! Give it to me!

TT: Well, I’d like to have one too if it’s about what we want.

YS: Well, Taura-kun’s Twitter account is shown on the screen here and if everyone asks him for it, then there may be a possibility that it would become a reality. But even if it does, it might be about two years from now again. See we keep our jobs alive by releasing a little by little.

TT: Yes, we try to stretch it out as much as possible.

TT: Well, yes, but please contact Saito-san about Switch and not me.

There are two significant takeaways from the above conversation. The first is that, should there be enough desire for it, a Nintendo Switch port for NieR: Automata is absolutely something that can happen in the future. The second is that Yoko Taro is precious and should be protected at all costs.

NieR: Automata is now available for PC and PS4, with the Xbox One version arriving on June 26, 2018.

So, thoughts on the possibility of a Switch port for NieR: Automata? What do you think about the game? let us know in the comments section below, and as always, stay tuned to Don’t Feed the Gamers for all the latest gaming and entertainment news! Don’t forget to follow DFTG on Twitter for our 24/7 news feed! 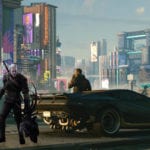 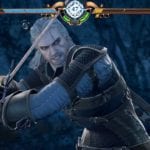