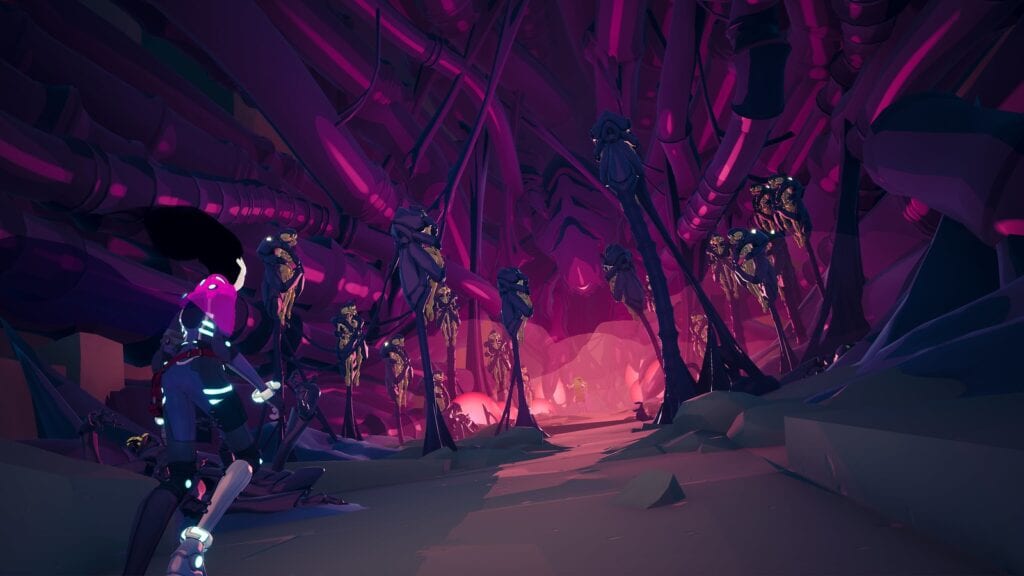 Hyper Light Drifter fans were excited when Heart Machine revealed the 3D follow-up that will be arriving at some point later this year. Solar Ash looks to expand upon what the devs have created, and thanks to a new trailer, we know more about what to expect from the gameplay in the upcoming game.

Heart Machine was kind enough to drop a new gameplay trailer for Solar Ash during the recent State of Play, providing fans more details about what’s to come. We get a lot of footage that focuses on the movement as that appears to be one of the bigger features in the game. “Solar Ash is a third-person action platformer with massive scale and a focus on fluidity in movement,” Heart Machine head Alex Preston said on the PlayStation Blog. “We really wanted to push scale on multiple fronts. Our traversable world is huge, featuring sunken cities, vast water shelves, and dangerous lava zones for players to fight through and explore.”

Players will be taking on the role of Rei, a Voidrunner who possesses the power of speed, agility, and more, which they will need to use in order to successfully complete their mission. The mission: save Rei’s home world from the Ultravoid, a black hole that consumes entire worlds. “Combat is fluid, simple, and satisfying,” Preston said. “We want to empower the player, showcasing just how skilled Rei is at what she does. As you progress, you’ll encounter larger and more twisted creatures, hinting at the more insidious nature of this maw of the cosmos. These encounters will only escalate in challenge and scale the deeper you explore, requiring greater timing and fine platforming skills to complete.”

Solar Ash is currently in development and expected to arrive later this year for PC via the Epic Games Store, PlayStation 4, and PlayStation 5. Keep it tuned to Don’t Feed the Gamers as this story develops, and for other gaming goodness going on right now, check out the following:

What say you, gamers? Are you excited to play Solar Ash when it arrives later this year? Sound off in the comments section below, and be sure to follow DFTG on Twitter for live gaming and entertainment news 24/7!