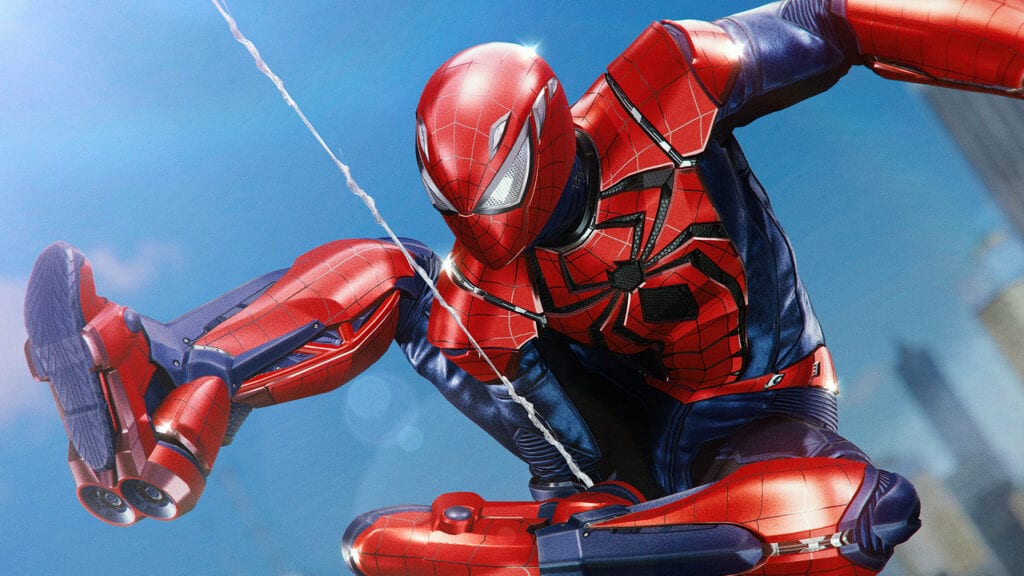 Spider-Man for the PlayStation 4 is currently gearing up for a new entry in it’s The City That Never Sleeps story DLC, but Insomniac Games has also revealed a new batch of thwip-worthy new Spider suits to take for a spin around New York City. Adding to the arsenal of awesome suits, Insomniac Games has showcased a few the game’s incoming inclusions via the PlayStation Blog.

Arriving alongside the Silver Lining DLC on December 21st, three alternate likenesses attributed to the web-head are set to debut, including the cybernetically-enhanced Cyborg Spider-Man and Aaron Aikman Spider-Man featured in the comics. As a surprise addition, the stylishly-represented Peter Parker suit from Spider-Man: Into the Spider-Verse is also swinging his way into the game. 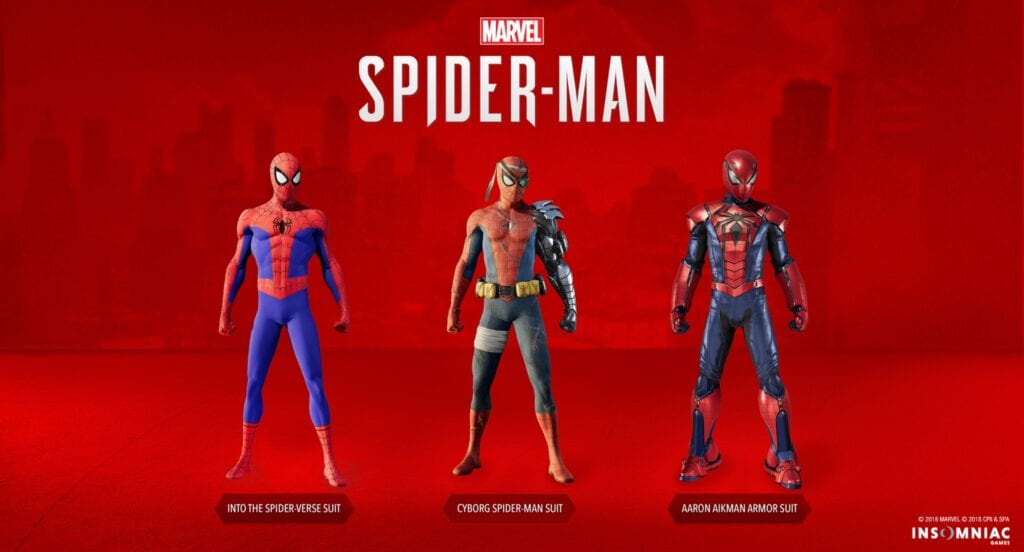 As part of the Spidey collaboration, PlayStation is offering gamers the Silver Lining DLC free for those that pre-order Spider-Man: Into the Spider-Verse on the PlayStation Store. The awarded voucher will include a download code for the DLC as well as a dynamic theme and some spiffy avatars. Pre-orders for the offer begin on December 14th (tomorrow), the same day ‘Into the Spider-Verse’ releases in theaters.

These three Spideys are only the latest in a bevy of awesome alternate costumes that have been introduced, including a bright-colored Manga suit, the rocking Spider-Punk suit, and the Iron Spider suit from Avengers: Infinity War. However, fans have had their eye on other potential costumes that could make their way to the comic book themed Insomniac game, including the old Japanese Spider-Man suit from the 197os. Fingers crossed for that one!

Spider-Man is out now exclusively for PlayStation 4. The Silver Lining DLC launches on December 21st.

What do you think? Are you gushing over these awesome new Spider-suits, or are you more hoping they release the Toei version of Spider-Man next? Let us know in the comments below and be sure to follow Don’t Feed the Gamers on Twitter and Facebook to be informed of the latest gaming and entertainment news 24 hours a day! For more headlines recently featured on DFTG, check out these next few news stories: 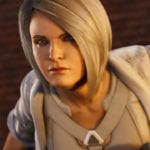 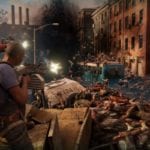