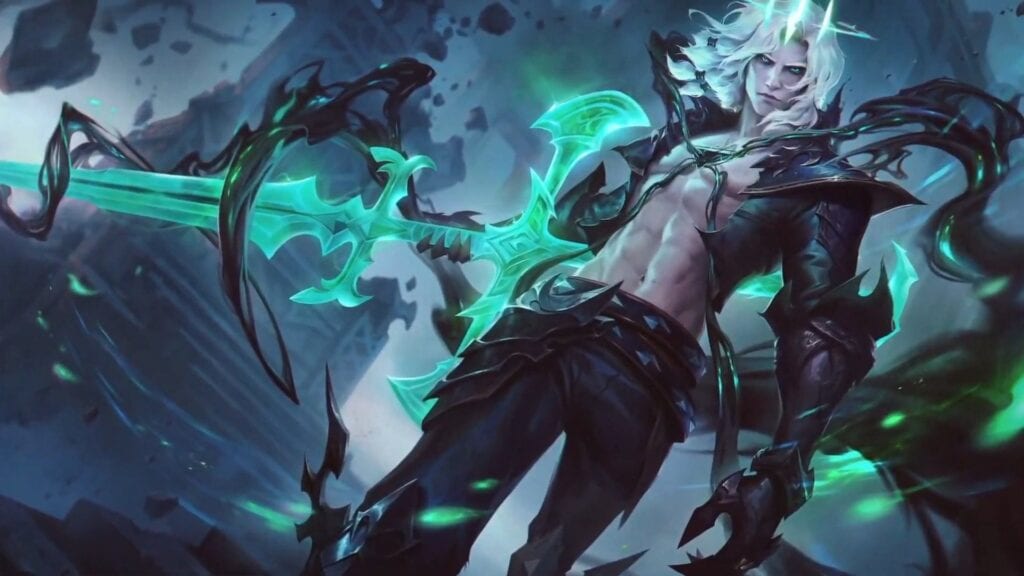 Riot Games is kicking off its League of Legends 2021 season the best way it possibly can: by throwing Teemo into a cage. Yeah, I said it. Wild Rift antics aside, the other newly released cinematic reminds us once more that Lucian and Senna aren’t allowed to have nice things, like peace and quiet. This time the 3rd wheel isn’t simply Thresh, with the events of the cinematic trailer revealing the identity of the latest League of Legends champion: Viego, the Ruined King.

That ‘Ruined King’ title is no coincidence, either; those that have played through at least a few League matches have likely come across the Blade of the Ruined King, a purchasable weapon that’s been available in-game for several years now. Despite its position as a Summoner’s Rift staple Viego appears to have full control over the gnarly blade, which he calls forth in his brief battle against Lucian and Senna following the couple’s defiant march into the Black Mist. Check out the full trailer below:

As for Viego’s impending arrival on the League of Legends Summoner’s Rift, his role appears to be that of an Assassin-type Jungler. Here’s his official ability list courtesy of Riot Games:

Q – Blade of the Ruined King

As usual, the new champion will be getting a stint on the PBE before being released in full. As such, given Riot’s track record Viego should be out within about a month’s time.

League of Legends is free-to-play on PC.

So, thoughts on the new League champion? Let us know in the comments section below, and as always, stay tuned to Don’t Feed the Gamers for all the latest gaming and entertainment news! Don’t forget to follow DFTG on Twitter for our 24/7 news feed!