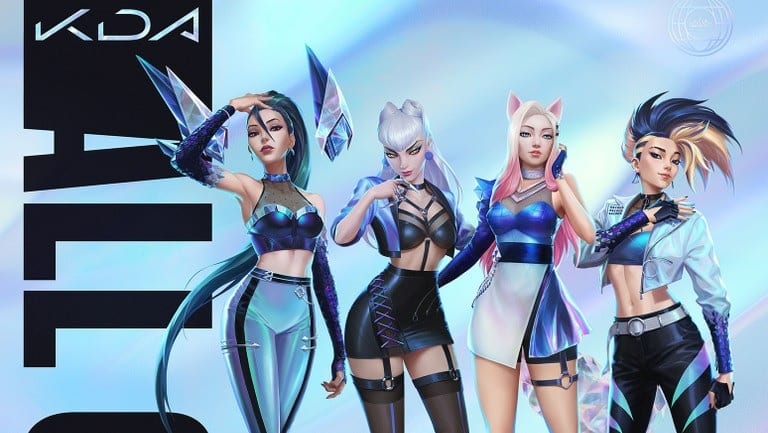 Unless you’ve been – no shame here – living under a rock, you’re likely familiar with the massively popular Riot Games digital music group K/DA, which made its grand debut with POP/STARS back in 2018. Since then, the group has released a number of singles and enjoyed a few product collaborations, only adding to its stellar success and popularity. Now, as one would expect given the group’s addictive dance routines, it’s been revealed that the K/DA song “Drum Go Dum” is headed to Just Dance 2021 for free for a limited time.

The news comes by way of a recently released trailer from the folks over at Ubisoft, wherein it’s revealed that Drum Go Dum will be available on Just Dance 2021 via title update download. This particular track is helmed by Kai’Sa, and features vocals from IRL singers Aluna, Wolftyla, and Bekuh BOOM, with the dance routine based on the concept video from Bailey Sok. The new level also features four characters that match the designs of the members of K/DA. From left to right, Ahri, Kai’Sa, Evelynn, and Akali. Here’s how Drum Go Dum will look in Just Dance:

Unfortunately, the K/DA track will only be available for free for a limited time. After February 25th, the song will only be playable for Just Dance Unlimited subscribers. The subscription costs $3.99 per month, though subscribers can also choose to pay $9.99 for three months or $24.99 for one year.

So, thoughts on the addition of a K/DA song to Just Dance 2021? What other K/DA songs would you like to see imported into the game? Let us know in the comments section below, and as always, stay tuned to Don’t Feed the Gamers for all the latest gaming and entertainment news! Don’t forget to follow DFTG on Twitter for our 24/7 news feed!