How Many Bosses Are In Sekiro: Shadows Die Twice?

Sekiro: Shadows Die Twice runs in a similar vein to From Software’s iconic Dark Souls franchise, with players traveling between different areas to challenge various bosses scattered throughout the world. With each boss defeated, players grow closer and closer to the end of the game, each so unbelievably challenging in their own right. Between Sekiro’s main bosses and mini bosses, players have quite the long road when attempting to achieve their desired end.

Knowing just how many bosses there are within the game can be construed as a spoiler. If you wish to go into the game without such things, turn back now.

Sekiro has a total of 13 main bosses for players to challenge, though there are some that are encountered more than once. Genichiro Ashina, for example, can be fought early on within the game and is arguably game’s first “boss.” Within this first encounter, players are meant to lose as it explains how the Wolf loses his arm, though winning the fight is technically still possible.

As for mini-bosses, the game features 27 enemies that are incredibly tough to beat as well. These enemies are named and require players to deliver multiple death blows before they are truly dead, but they drop some incredibly powerful loot to help combat the game’s main bosses. Overall, between mini-bosses and main bosses, players have a total of 40 challenging warriors, beasts, and supernatural beings to help keep them engaged with the intense samurai action.

Sekiro: Shadows Die Twice is available for PC, Xbox One, and PlayStation 4. What bosses have been your favorites to encounter? Which of them were the hardest to defeat? Let us know your thoughts on Sekiro: Shadows Die Twice and more in the comments section below. As always, don’t forget to follow Don’t Feed the Gamers on Twitter for 24/7 coverage of all things gaming and entertainment. 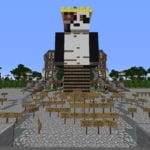 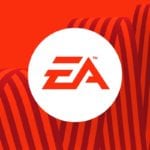 EA Lays Off 350 Employees, "These Are Important But Very Hard Decisions"