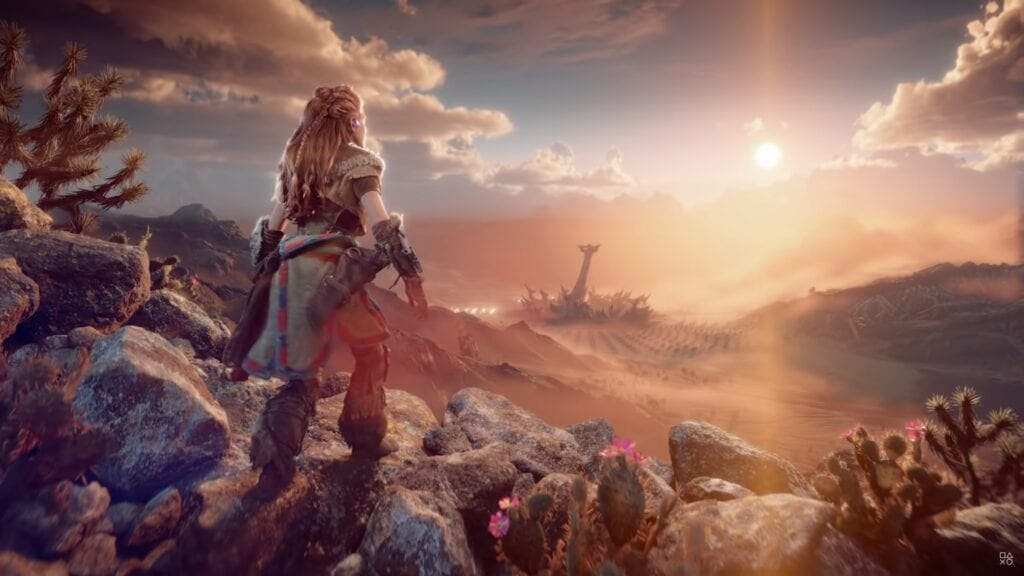 While we more or less saw the Horizon Zero Dawn sequel coming from a mile away, Sony still managed to surprise and impress us with the reveal trailer for Horizon Forbidden West, which represents one of the initial first-party studio games revealed to be coming to the PlayStation 5. While not much was originally revealed during the initial trailer, the folks over at Guerrilla Games have released a new video talking about what can be expected from the game.

Developer Guerrilla Games recently took to YouTube to speak about the Horizon Zero Dawn sequel, Horizon Forbidden West. One of the first impressive tidbits of information revealed during the video involves the game’s performance on the PS5, with Horizon Forbidden West game director Mathijs de Jonge revealing that there will be “virtually no loading screens” hindering players from jumping right into the action.

Mathijs de Jonge goes on to briefly touch upon a few subjects during the 3-ish minute video, including the fact that, as with the original, Aloy will need to scan and research her targets in order to succeed at bringing them down. While an official release date isn’t mentioned, the game director states that the studio is “aiming to release the game next year,” which suggests that we’ll likely be looking at a mid to late 2021 release date.

Horizon Forbidden West is slated to release at some point next year on the PlayStation 5.

So, thoughts on the new video? Let us know in the comments section below, and as always, stay tuned to Don’t Feed the Gamers for all the latest gaming and entertainment news! Don’t forget to follow DFTG on Twitter for our 24/7 news feed!