Marvel’s Guardians of the Galaxy: The Telltale Series Premieres in April

The day has finally come that we have a release date for the first episode of Marvel’s Guardians of the Galaxy: The Telltale Series. Fans have likely been not-so-patiently awaiting the arrival of the title since it was confirmed back in December at The Game Awards. Luckily, you won’t have to wait much longer. The first installment, which is titled ‘Tangled Up in Blue,’ is set to premiere on April 18. At the time of writing, that is only three weeks away!

In a press release from Telltale, we learn that the first of five episodes will cost $4.99 USD, and that it is available now for pre-order. The first installment will be available to download on April 18, while a “special season pass disc” will be released at retailers in North America on May 2. If you are anywhere else, you’ll have to wait until May 5 for the physical disc.

Be sure to check all of your favorite retailers because some of them might be offering some special deals when you pre-order the season pass. If you intend to play on the PlayStation 4, and you happen to live in North or South America, you’ll be able to acquire a pretty awesome PS4 premium theme. You can check that out here. Telltale also released a couple images, one of which shows a big, bad dude. Check them out:

Marvel’s Guardians of the Galaxy: The Telltale Series will be available on PC, PlayStation 4, Xbox One, iOS, and Android devices. An official trailer will be dropping this Thursday, March 30, so be sure to check back in with DFTG because you know we’ve got you covered.

What say you, gamers? Are you excited that the first episode is only a few weeks away? Will you be downloading it on April 18, or do you intend to wait for the full series to be available and then binge-play it all in one go? Let us know in the comments section below, or start a conversation over on our official Disqus. As always, be sure to follow Don’t Feed the Gamers on Twitter for live gaming and entertainment news 24/7. If it’s more reading that you’re needing, check out the following: 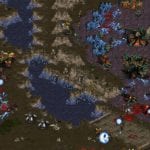 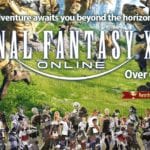