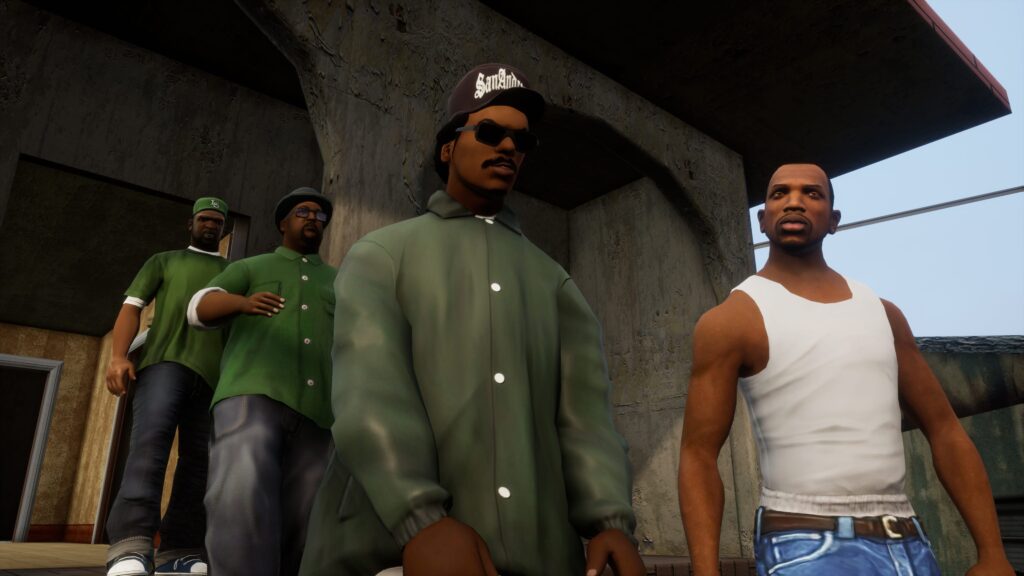 All was revealed in an announcement post on Rockstar Newswire, confirming the San Andreas piece of the GTA trilogy would join Xbox Game Pass the moment the title launches on November 11th. Nothing was said about the title’s availability on cloud, console, or PC segments of the service, but Xbox One and Series X/S are likely to be sure bets. The official Game Pass Twitter account reiterated the announcement in an accompanying tweet, seen below.

A classic staple of the Grand Theft Auto franchise, GTA San Andreas is largely considered a crown jewel of the PS2 era, featuring the series’ biggest map at the time and being the first entry to implement role-playing mechanics such as character customization and improvable in-game skills. On top of that, San Andreas is also home to many of GTA’s most enduring memes, a list that easily piles higher than Big Smoke’s legendary drive-thru order.

Though GTA San Andreas has seen many reprisals in the years since it was released, Grand Theft Auto: The Trilogy – The Definitive Edition will introduce the most comprehensive overhaul yet, boasting support for 4K / 60 FPS, upgraded character and vehicle models, reworked lighting, and a modernized aiming system inspired by GTA 5. Players will also be able to immediately restart failed missions, which should make “following the damn train” a much less tedious process.

What do you think? Are you happy to see GTA San Andreas join Xbox Game Pass, or are you upset that GTA 3 or Vice City won’t see similar love from Microsoft? Let us know in the comments below and be sure to follow Don’t Feed the Gamers on Twitter and Facebook to be informed of the latest gaming and entertainment news 24 hours a day!