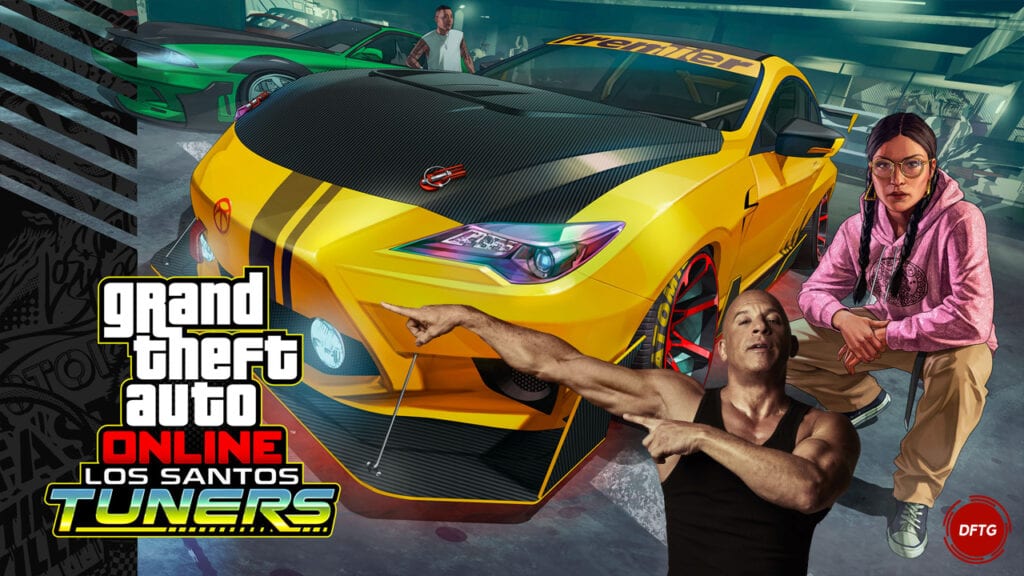 Though it’s been a while since GTA Online received an expansion, Rockstar Games is now preparing its latest update to the wildly-popular multiplayer title. Titled the Los Santos Tuners update, the next big content coming to the online crime simulator is a decidedly Fast & Furious-esque addition to the world, highlighting a new underground street racing scene coming to the bustling city of Los Santos.

As detailed on the Rockstar Newswire, Los Santos Tuners releases July 20th and promises “a ton of action-packed, Tuner-based missions and races” as well as a colorful new automotive social space called LS Car Meet. It’s here where players can mingle, show off their custom vehicles, and (of course) race others for cash. Club membership yields access to several perks, including a personal Test Track, a rotating selection of practice vehicles, as well as Prize Ride Challenges, which bring the chance to earn access to the Merch Shop, Tattoo Shop, and a car Modding Area.

As one might expect, the key features of Los Santos Tuners are the races, of which there are many. ‘Head-to-Head’ sees two vehicles race for a short distance, ‘Scramble’ sends racers on a 20-checkpoint exhibition, ‘Time Trials’ quests one to earn their fastest time, and ‘Sprint’ sees up to four racers dart and return to a specific point. On the competitive side of things, two racing series’ will also be available to players, with the Street Race Series taking a traditional tour of Los Santos and the Pursuit Series offering a “more open-ended experience” with optional routes and sparsely placed checkpoints.

Repeated wins, practice at the Test Track, or simply mingling at the LS Car Meet earns players much-coveted Reputation points, which themselves are said to yield “an assortment of rewards to elevate your status in the scene” — including cosmetic gear, shiny new car customizations, new Trade Prices for vehicles, access to new racing modes, as well as the ability to arrange a private Car Meet. In addition, a set of 17 stylish cars are to become available across the new GTA Online update, with the following 10 being available upon launch:

Ahead of the Los Santos Tuners update, GTA Online players are being offered a set of rewards to snag in the meantime. Players that “meet up” (a.k.a. log in to the game in any capacity) before launch will get a Los Santos Customs Tee, while beginning an Impromptu Race also unlocks a Los Santos Tour Jacket as well. In addition, stealing and selling a vehicle to LS Customs before the deadline will also add a pair of Los Santos Customs Coveralls to players’ inventory.

With a next-gen version of GTA Online on the horizon, Los Santos Tuners is also set to offer PlayStation 5 and Xbox Series X/S players an added bonus, with “select vehicles” capable of being upgraded with “all new speed improvements and more.” Additional information is teased to unveiled sometime next week, but the update’s injection of car culture already appears like it might present an exceedingly fun time — especially for fans of the Fast & Furious franchise.

GTA Online is available on ​​PC, ​​PlayStation 4, ​​Xbox One, ​​as well as PlayStation 5 and Xbox Series X/S via backward compatibility. A next-gen version is set to release this November.

What do you think? Are you ready to live your life a quarter mile at a time with the Los Santos Tuners update, or is this content still not enough for you to return to GTA Online? Let us know in the comments below and be sure to follow Don’t Feed the Gamers on Twitter and Facebook to be informed of the latest gaming and entertainment news 24 hours a day! For more DLC headlines recently featured on DFTG, check out these next few news stories: