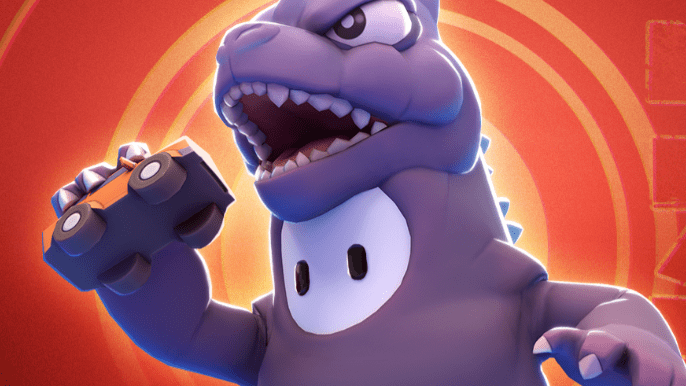 Mediatonic community director Oliver recently started teasing the announcement of something spicy. Following that, they released a hint, which fans were quick to jump on. After all of this, we finally got what we were looking for, a Godzilla costume that is coming to Fall Guys next week.

Yes, the actual Godzilla will be stomping their massive way into Fall Guys: Ultimate Knockout. Well, the costume itself seemingly won’t be any bigger than the large costumes that are already in the game, but you get the idea. After all, it is the Godzilla.

Better start getting your crowns together now 👀 pic.twitter.com/cMgUdqHCgX

Godzilla will be the latest crossover with 2020’s surprise hit of a game. We’ve seen the likes of Half-Life, Portal, My Friend Pedro, and more added to Fall Guys through costumes, so it was only a matter of time before big bad kaiju came stomping in. Given the customizability of the costumes in the popular title, much akin to Fortnite, the crossover potential is practically limitless. Needless to say, this is only the beginning of what’s to come. Well, hopefully.

Fall Guys: Ultimate Knockout is currently available on PC and PlayStation 4. No specific date was given for the release of the Godzilla costume, but it is set to arrive next week. Keep it tuned to Don’t Feed the Gamers as we learn about more crossovers coming to the title, and for other gaming goodness going on right now, check out the following:

What say you, gamers? Are you excited to get your hands on the Godzilla costume in Fall Guys next week? Do you need to get a few more crowns before then? Sound off in the comments section below, and be sure to follow DFTG on Twitter for live gaming and entertainment news 24/7!