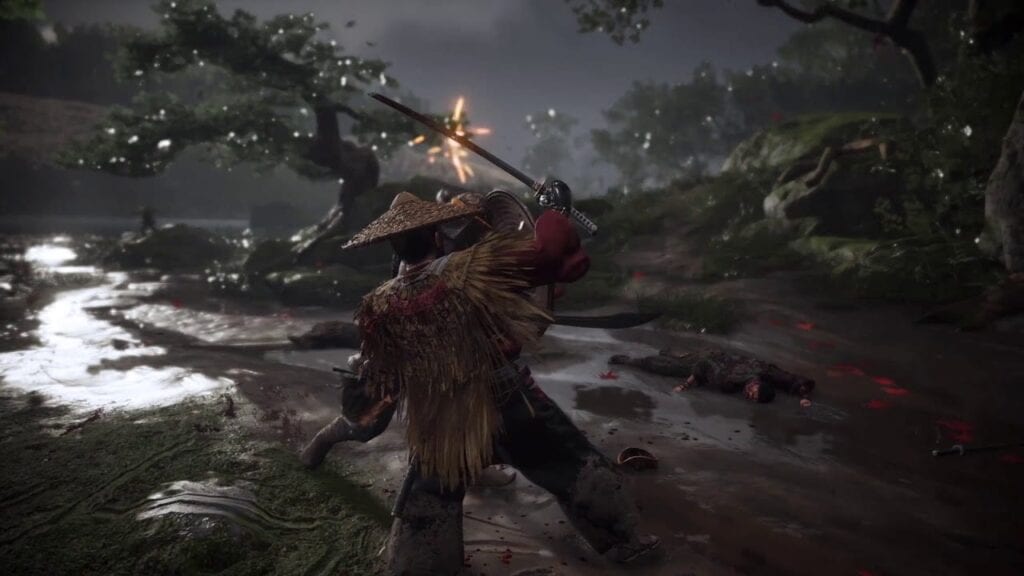 Game creation titles have certainly been done before, with games such as the Microsoft exclusive Project Spark, PlayStation’s Little Big Planet series, and others providing an expansive sandbox for the player’s imagination. Now, there’s a new kid on the block, with the latest PlayStation 4 exclusive from LBP developer Media Molecule called Dreams. Players have been able to recreate various titles within the game with a few that haven’t even been released yet, such as The Last of Us Part 2 and the Final Fantasy 7 Remake. One user took it upon themselves to try and recreate the upcoming Sucker Punch title, the absolutely gorgeous-looking Ghost of Tsushima.

Dreams player thejoker594 has recreated multiple scenes from the Ghost of Tsushima gameplay trailer from E3 2018. This particular one, however, showcases one of the most beautiful scenes that sees protagonist Jin take on a series of Mongolian soldiers one at a time. While the recreation isn’t perfect, it does manage to capture some of the elegant scenery and shows off the incredible potential that Dreams has for talented players. The Tweet below shows off the Dreams version and the original gameplay showcase side by side for comparison, giving fans a look at the lighting, animations, and audio that makes up the impressive recreation.

Dreams is currently available as a PlayStation 4 exclusive and Ghost of Tsushima is expected to arrive on the platform sometime later this year, though no official release date has been confirmed quite yet.

Let us know your thoughts on the Ghost of Tsushima remake in Dreams and more in the comments section below. As always don’t forget to follow Don’t Feed the Gamers on Twitter for 24/7 coverage of all things gaming and entertainment.