Fullmetal Alchemist fans rejoice! The first official trailer for the upcoming live-action film is finally here and it looks beautiful!

The trailer was revealed on the Warner Bros. Japan Twitter as well as the new Official Fullmetal Alchemist Twitter account. It’s more of a teaser, but a trailer nonetheless. In the short preview we do get to see Edward Elric briefly in action. Edward is played by Ryosuke Yamada, a member of Hey! Say! JUMP, a popular Japanese boy band. We also get a quick, but satisfying, glimpse of Ed’s little brother, Alfonse Elric, in his metal suit of armor. Check out the trailer below:

For those of you that aren’t fluent in Japanese, Anime News Network has provided  the full  translation of the lines in the trailer:

Even though the trailer is short, we can tell that the style depicted in the film stays pretty true to the style in Hiromu Arakawa’s manga, as well as the popular anime series. I’m sure us fanboys and girls can agree that we all have elevated heart rates and loud squeals of excitement have uncontrollably pierced the ears of anyone in a five block radius.

As well as the official Twitter account for the movie, an official website has also gone live. As stated, the movie isn’t due out until winter of next year, but the trailer has given us a hopeful look at what’s to come.

What did you think of the trailer? Are you excited for the live-action rendition of the beloved manga/anime? We would love to hear your thoughts so comment in the section below. Make sure you bookmark and check back with DFTG for more trailers and all of your gaming news.

For more recent movie trailers check out these links: 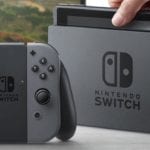 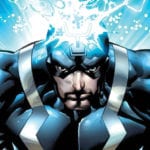