The developer made the announcement on Twitter, revealing that the termination of services would occur at the end of June. “We regret to inform you that we will be terminating services for King’s Knight at the end of June,” the post reads. “We would like to express our sincerest apologies for ending the services but we hope you have enjoyed your time with the game. Thank you all for playing.”

We regret to inform you that we will be terminating services for King's Knight at the end of June.
We would like to express our sincerest apologies for ending the service but we hope you have enjoyed your time with the game. Thank you all for playing. pic.twitter.com/JEe51NtJYX

As mentioned above, Square Enix has already shut down the ability to purchase Prime Regalite, the Final Fantasy XV spin-off game’s premium in-game currency. Services for the game itself will be terminated on June 26, 2018 (BST) – June 25 at 6PM PT / 9PM ET.

King’s Knight enjoyed a brief spike in activity when a special crossover event and summoning banner was held in another popular Square Enix mobile game, Final Fantasy Brave Exvius. During the event, players had the chance to summon Toby, Barusa, Kaliva, and Ray Jack, while also obtaining exclusive gear for them.

Final Fantasy XV is now available for PC, PlayStation 4, and Xbox One. King’s Knight is currently available for Android and iOS devices.

So, thoughts on the termination of King’s Knight services? Did you ever try it out for yourself? Let us know in the comments section below, and as always, stay tuned to Don’t Feed the Gamers for all the latest gaming and entertainment news! Don’t forget to follow DFTG on Twitter for our 24/7 news feed!

Here are the latest news highlights from Don’t Feed the Gamers: 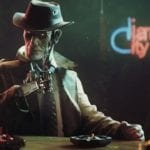 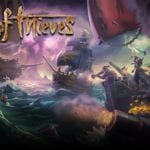