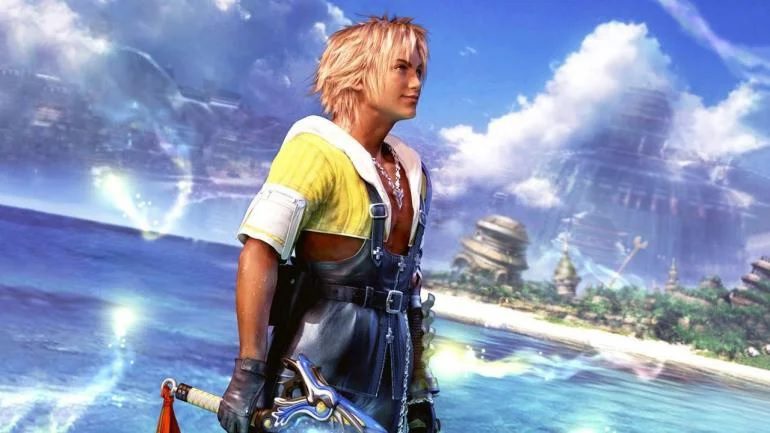 After video games have been out for a while, it’s hard to imagine them with drastic changes to the story or its characters. You can’t picture Mario as a ripped athlete, for example (despite his notable forays into white-collar sports), much in the same way it’s difficult to imagine Final Fantasy X’s Tidus as a plumber. Still, that’s apparently exactly what Square Enix originally had intended for him before he was made into a Blitzball player.

A new interview has been released via Famitsu (H/T Siliconera) that features commentary from a few of the Square Enix veterans that worked on Final Fantasy X, such as Tetsuya Nomura, Yoshinori Kitase, and Motomu Toriyama. Also included in the interview was commentary from scenario writer Kazushige Nojima, who revealed that Tidus was at one point going to be a plumber. Nojima relayed that a trip to Okinawa was one of his inspirations for the world of Spira, going on to say that the initial concept for Tidus was for him to be a plumber, as it “served as a reason to have characters get into and under water.”

The concept of Tidus being a plumber was eventually canned and he instead became a star athlete, in part to “set him apart from other Final Fantasy protagonists.” Still, some of that concept can still be seen in the character’s design. According to Tetsuya Nomura, the overalls Tidus wears is part of how he was going to look as a plumber, though the team naturally altered the look to help him live up to his occupation as an athlete.

The entire interview is certainly an interesting one, and hearing so many new details come out about Final Fantasy X so long after its release lends some validity to the fact that Final Fantasy X-3 could still happen some day. Square Enix just needs to finish the Final Fantasy VII Remake before they set their sights on Spira once more.

Thoughts on Tidus originally being a plumber? Let us know in the comments section below, and as always, stay tuned to Don’t Feed the Gamers for all the latest gaming and entertainment news! Don’t forget to follow DFTG on Twitter for our 24/7 news feed!