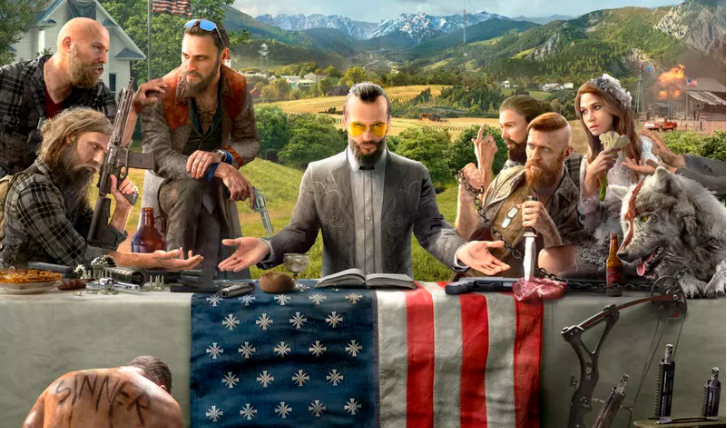 Ubisoft has finally unveiled the collector’s edition for the upcoming Far Cry 5 title. Appropriately titled the “Resistance Edition,” the upcoming CE version of the game will include a sweet statue as well as a few other little trinkets to get your “‘Murica” on. Below is the first revealed image of what is inside including: 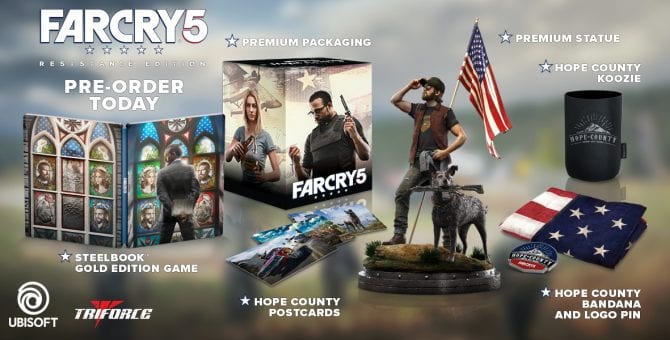 Ubisoft teamed up with renowned collectibles company Triforce to create this patriotic statue featuring the adorable canine companion; Boomer. The collectibles piece itself stands at 16.5 inches and also features one of the game’s protagonist; Nick Rye. The steel case included with the Far Cry 5 Resistance Edition also includes additional content such as the season pass.

The Far Cry 5 Resistance Edition will be available for Xbox One and PlayStation 4 collectors and will only be available via GameStop for $199.99. For those that may not be familiar with the crazy narrative that Far Cry 5 promises, including a crazy Tom Cruise-esque led cult:

“Welcome to Hope County, Montana, land of the free and the brave but also home to a fanatical doomsday cult known as Eden’s Gate. Stand up to cult leader Joseph Seed, and his siblings, the Heralds, to spark the fires of resistance and liberate the besieged community.

FIGHT AGAINST A DEADLY CULT
Free Hope County in solo or two-player co-op. Recruit Guns and Fangs for hire to help defeat the cult.

A WORLD THAT HITS BACK
Wreak havoc on the cult and its members but beware of the wrath of Joseph Seed and his followers.

CARVE YOUR OWN PATH
Build your character and choose your adventure in the largest customizable Far Cry game ever!

Far Cry 5, and the Resistance Edition, will be available on Xbox One, PlayStation 4, and PC on February 27th of 2018. What do you think about Boomer (OK, and the humans too) so far from all of the sneak peeks given into the latest Far Cry installment? Do you think the Far Cry 5 Resistance Edition is worth the 200 dollar price tag? Sound off with your thoughts in the comment section below, and don’t forget to check out DFTG on Twitter for gaming and entertainment news live 24/7! 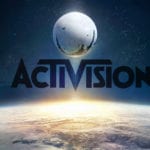 Activision Microtransactions Patent Gets Clarification In Statement From Publisher 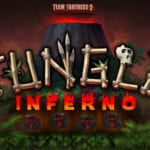