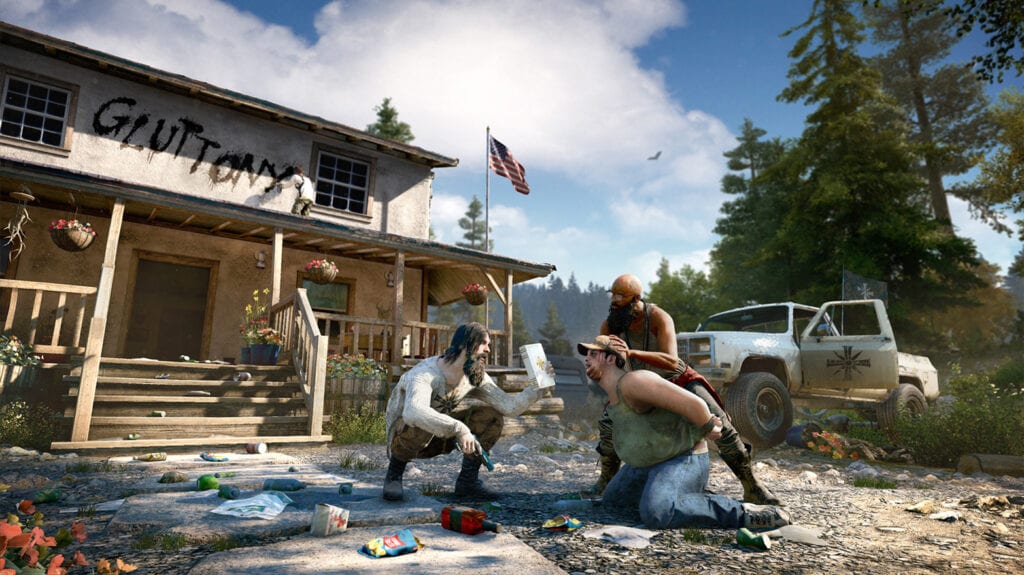 2018 has begun and gamers are looking forward to Far Cry 5, as it will be one of the biggest titles launching in the first quarter of the year. The franchise has been well known to its fans for its heavy displays of violence and sordid dialogue, and with this new entry taking place in rural Montana, the gun and redneck culture has been sure to signal a continuation of these mature themes in the new game. Now, the Far Cry 5 ESRB rating details have been released, which list some of the more graphic actions and explicit lines of dialogue that will be featured in the game.

The ESRB has posted their rating for Far Cry 5, as well as the details backing up their ruling, on their official website. The game has been given the rating M (or Mature 17+) for Blood and Gore, Intense Violence, Sexual Themes, Strong Language and Use of Drugs and Alcohol on PlayStation 4, Xbox One and PC. The violence, blood and gore seem to be the most prevalent mature factors in the game, given the first-person shooter genre it embodies. Enemies can be killed with firearms, explosions and flamethrowers, as well as more silent methods like neck-snapping, so it’s no surprise that this variety of violence alone earned the M rating.

As far as the dialogue goes … it gets a little messy. For the full ESRB description, in all of its “p*ssy” glory, check out the full details below:

This is a first-person shooter in which players assume the role of a sheriff’s deputy as he battles religious zealots in Montana. Players explore the open-world environment and engage in combat missions to liberate enemy compounds/outposts, rescue hostages, and battle enemy militia. Players use machine guns, bows, flamethrowers, and explosives to kill enemies in frenetic combat; combat is highlighted by realistic gunfire, large explosions, and blood-splatter effects. Stealth attacks (e.g., strangling, stabbing, snapping enemies’ necks) are also used to take out unsuspecting guards discreetly. Cutscenes depict additional acts of intense violence: a man shooting himself in the head; a character repeatedly being electrocuted during an interrogation scene; a man cutting a large swath of skin off a character’s chest. Mutilated corpses can be found in some areas of the environment. The game contains references to sex in the dialogue (e.g., “Now it’s time for me to find some p*ssy to eat,” “But at night it was a goddamn red-light district just women selling their p*ssies everywhere,” and “Do not finger blast girls here.”). During the course of the game, players can consume alcohol, resulting in a screen-blurring effect. Several sequences reference drugs in dialogue (e.g., “She took to a needle for help,” “…like some bad pagan acid trip,” “…they all got hooked to what is now commonly referred to as opium!”). Players may also consume homeopathic drugs (e.g., “Fast,” “Furious”) that boost players’ abilities and skills; one drug (oregano) blurs the screen when consumed and is described as, “Surprisingly good in brownies.” The words “f**k” and “c*nt” are heard in the game.”

Be sure to stay tuned for the latest Far Cry 5 news, such as the new Resistance trailer that shows the allies that players can gain in the game, here on Don’t Feed the Gamers! Follow us on Twitter to see our updates the minute they go live! 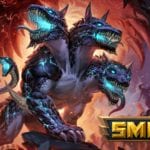 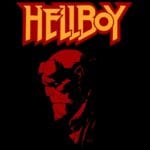