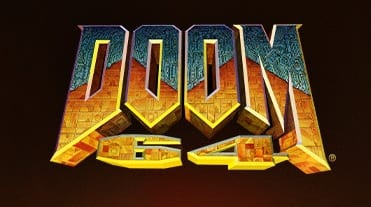 It looks like the upcoming re-release of DOOM 64 is getting its own suite of exclusive goodies. What was once considered to be a bit of a ‘lost chapter’ of the DOOM saga, Bethesda and developer Nightdive Studios is bringing the title onto current-gen consoles later this month, and it’ll feature some upgrades befitting of a DOOM game.

In a recent interview with US Gamer, Bethesda SVP Pete Hines confirmed that DOOM 64 will launch with a brand new chapter that will be available after the main campaign. We don’t know how big that chapter is, though more DOOM 64 is never a bad thing. “As we’ve seen more of id’s DOOM Eternal in the months since, the reasoning behind bringing back DOOM 64 has become much clearer,” Hines said.

After all, DOOM 64 isn’t just riding the wave of hype that DOOM Eternal has generated.”

Nightdive Studios lead engine developer Samuel Villareal also spoke about what fans can expect on the more technical side of things, revealing that, among other things, the game can be run at even above 1000 FPS. “The game is also capable of supporting frame rates for monitors beyond 60Hz, meaning you can choose to run the game at 120 FPS or even above 1000 FPS,” Villareal explained. “Everything is now interpolated to run as silky smooth as possible.”

DOOM 64 is slated to release on March 20th for PC, PlayStation 4, Xbox One, and Nintendo Switch. The game will be available as a standalone title for $4.99, while it will also be free as a pre-order bonus for DOOM Eternal, also out on the 20th.

So, thoughts on DOOM 64? Plan on giving it a shot, or are you planning on sticking with DOOM Eternal? Let us know in the comments section below, and as always, stay tuned to Don’t Feed the Gamers for all the latest gaming and entertainment news! Don’t forget to follow DFTG on Twitter for our 24/7 news feed!