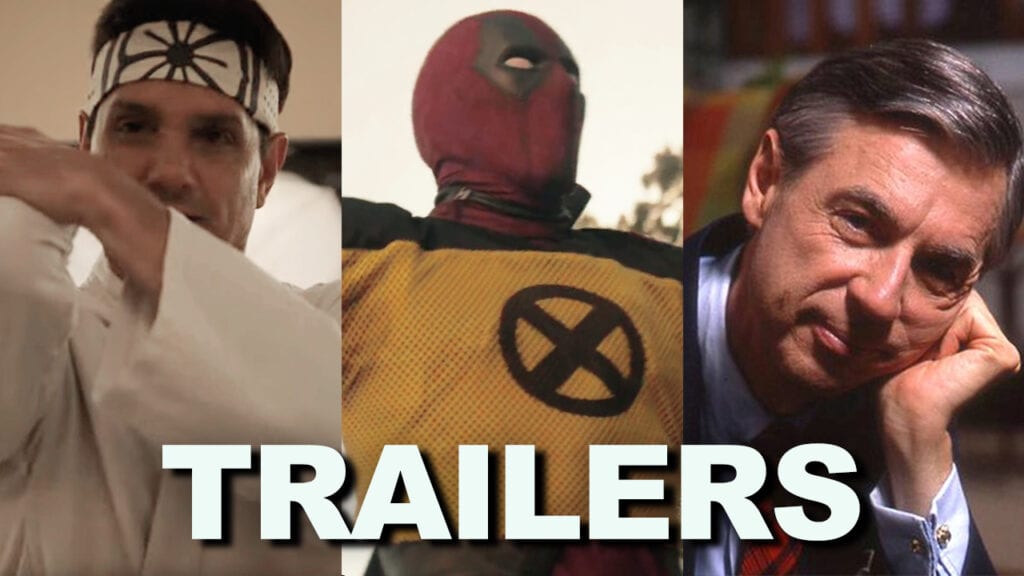 A fresh week has arrived, and so too has a number of awesome movie and TV trailers. The week of March 29th debuts new footage of the upcoming Karate Kid sequel Cobra Kai, the irreverent team-up of the X-Force in Deadpool 2, and a retrospective of beloved children’s figure Mr. Rogers. DFTG recaps the biggest TV and movie trailers of the week in the list below.

Johnny Knoxville is back to doing what he does best: hurting himself for our entertainment. In contrast to most of his previous Jackass efforts, Action Point centers on the story of a rundown amusement park, but with insane stunts as the main attraction. The film is based on an actual carnival called Action Park, a place notorious for the amount of injuries it caused from underqualified staff and unsafe rides. Those who enjoy slapstick comedy, but with real bumps and bruises can check out Action Point when it crashes into theaters on June 1st.

The 80s film The Karate Kid saw Daniel LaRusso conquer rival Johnny Lawrence and the Cobra Kai karate dojo in a crowd-pleasing tournament. So, what has Johnny Lawrence been up to following his well-documented defeat? As it turns out, not much. While Daniel went on to become extremely successful, Johnny has been reduced to a down-and-out alcoholic. But all that is set to change in the upcoming series Cobra Kai, which sees the titular dojo open once again and reignite the two fighters’ iconic rivalry. Cobra Kai will begin streaming on YouTube Red May 2nd.

The time-travelling super-cyborg Cable is laying down a badass path of destruction, and even Deadpool‘s quippy fourth-wall breaks aren’t enough to break the machine’s violent mission. With the help of his own super-duper group of powerful and commercially viable heroes, the Merc’ takes the fight to the baddies, makes Sisterhood of the Travelling Pants references, and throws in plenty of swears for good measure. Deadpool will continue his reign of irreverence “plus plus” when Deadpool 2 hits theaters on May 18th.

Count Dracula owns a hotel full of endlessly needy beasts, so what’s the undead to do when in need of a vacation? Go on a luxurious cruise on the open sea with all your monster pals, of course! However, unwinding from stress doesn’t go as planned as the ship’s captain, Erika, has vowed to slay Dracula in the name of her ancestor Abraham Van Helsing. Further making things goofily complicated is Dracula himself, who can’t help but fall in love with the vengeful Erica. Hilarity ensue. Hotel Transylvania 3: Summer Vacation will fly into theaters on July 13th.

So, a movie based on the timeless game of “tag” seems like an idea as baffling as a Family Guy Warcraft crossover, but there’s an interesting true story behind the upcoming Tag. Supposedly based on a real 23-year game of tag between friends, the film version takes that premise and injects actor Jeremy Renner into the mix as the long-reigning champion of the “it” war. Now grown adults, the group of buddies attempt to squeeze in one last bout of tag before retiring from the game forever. Tag is set to run in theaters June 15th.

It’s the future, and predictably, everything sucks. Earth is in such bad shape that pursuing life on the faraway moon of Titan is seen as the only route for future human survival. The crew chosen to make the first trip through space is put through superhuman augmentation to prepare them for the environment that awaits. Through this altered DNA, actor Sam Worthington seemingly channels his well-known role in Avatar to slowly transform into yet another alien-like being. The Titan will begin streaming on Netflix March 30th.

Won’t You Be My Neighbor?

It’d be difficult to find a current adult that wasn’t at least aware of the beloved children’s personality of Fred Rogers. The man led the way for many with the education program Mister Rogers Neighborhood, teaching generations of youth the value of kindness and imagination. An upcoming film titled Won’t You Be My Neighbor? gives insight into the man behind the show, and the philosophy of positivity that defined icon known as Mr. Rogers. Won’t You Be My Neighbor? will release in theaters on June 8th.

Which of our DFTG recaps was your favorite? Any trailers we missed? Let us know in the comments below and be sure to follow Don’t Feed the Gamers on Twitter to be informed of the latest gaming and entertainment news 24 hours a day! For more of the best trailers from the last seven days, check out these next few links: 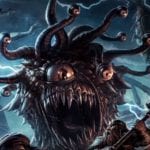 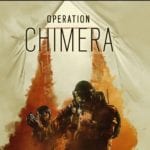