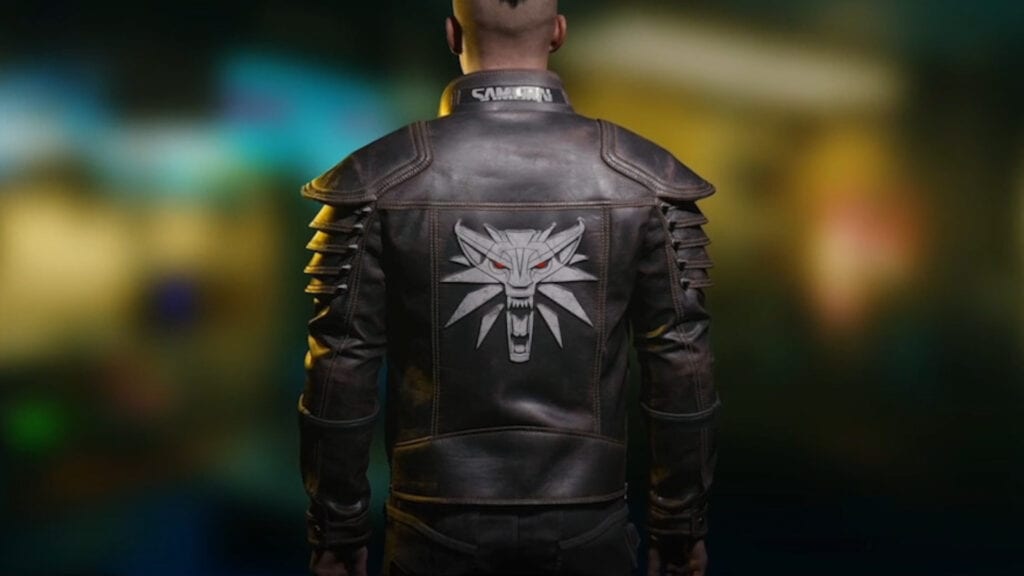 The world is less than a month away from the highly anticipated release of Cyberpunk 2077. The massive project has been several years and delays in the making, and soon it will finally see the light at the end of the cybertunnel. With new details and gameplay videos being released almost every day, the game seems like it will really stick the landing and live up to the quality that fans have expected from CD Projekt RED. Their previous games like The Witcher have set a high standard and as such, the developer will be paying tribute to their past with newly revealed in-game Cyberpunk 2077 rewards.

Anyone who gets #Cyberpunk2077, no matter the platform or edition, will be able to claim a set of digital goodies. If you connect your game to @GOGcom – you can also get some in-game rewards! 👇 pic.twitter.com/hudxxSyV0O

CD Projekt RED recently unveiled the new in-game Cyberpunk 2077 rewards on its official Twitter account, showing off a variety of cosmetics players can wear in the game. Thankfully, this content will not require any microtransactions, as they are among the free DLC that the studio has confirmed the game will include at its full price. The free cosmetic items will be awarded to Cyberpunk 2077 owners on any platform or edition that connects their game to GOG.com, the popular digital game retail site. 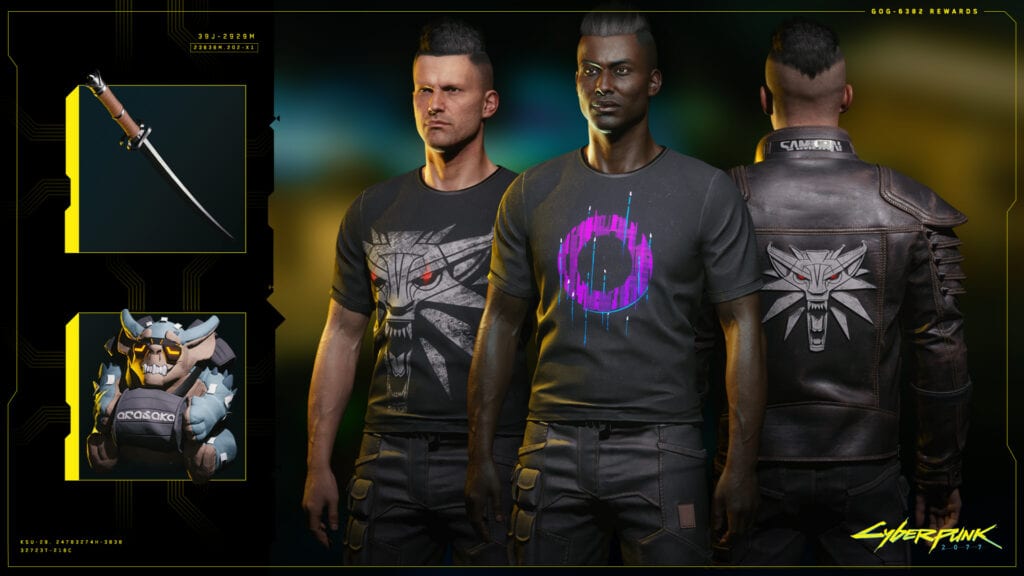 Among the newly unveiled in-game Cyberpunk 2077 rewards are a new sword and what appears to be a plush toy. There are also several new cosmetic items for the player to wear as V, with the most notable ones proudly featuring the White Wolf logo from Geralt of Rivia’s medallion in The Witcher games – a game also developed by CD Projekt RED. With the t-shirt and leather jacket featuring the logo, these items are sure to be valuable to Witcher fans that make the jump to the Cyberpunk future. Hopefully, CD Projekt has other crossover content planned for Cyberpunk 2077 in its lifetime. You bet I’d love to hack at cyborgs with Geralt’s silver sword.

What do you guys think about these in-game Cyberpunk 2077 rewards referencing The Witcher? Let us know in the comments below! Be sure to stay tuned for the latest Cyberpunk 2077 news, such as the new look at the musicians featured in the Cyberpunk 2077 score and soundtrack, here on Don’t Feed the Gamers! Follow us on Twitter to see our updates the minute they go live!