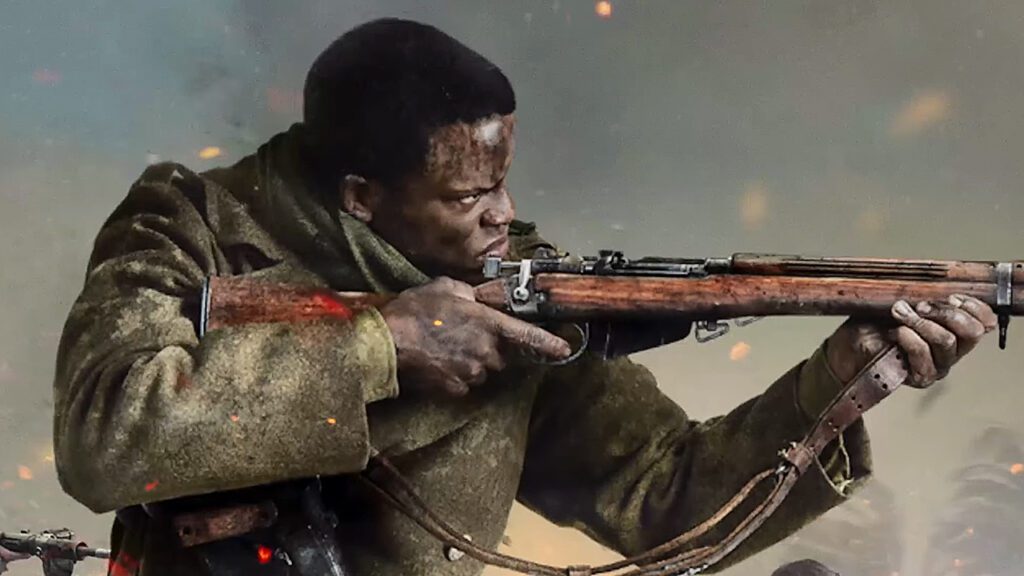 After months of leaks and speculation, the next Call of Duty game of 2021, Vanguard, has officially been announced. Underway by developer Sledgehammer Games, the official confirmation took place across the series’ social media pages, alongside an accompanying teaser video. While the footage doesn’t show any gameplay, the title appears to take place sometime during World War II, as made apparent by appearances of weaponry and battlefield settings distinct to the era.

The footage not only confirms ‘Call of Duty: Vanguard,’ but a full reveal event taking place later this week. As detailed on the Call of Duty blog, a “worldwide reveal” will premiere on August 19th (10:30 a.m PT), occurring in Call of Duty: Warzone for an event called ‘Battle of Verdansk.’ More information is teased to come soon, but players can receive a few perks for dropping into the experience early. Logging in up to an hour beforehand nets players Double XP, Double Weapon XP, and Double Battle Pass XP until the proceedings begin.

The reveal of Vanguard likely isn’t entirely surprising for fans as a new Sledgehammer-led Call of Duty game has been confirmed for quite a while. On top of that, a series of leaks have kept the details flowing as early as March, revealing the ‘Vanguard’ title, the returning WWII setting, and a purported alternate timeline that extended the war past its historical end in 1945. The leaks have also led many to expect a period-era integration with Warzone as well, complete with a new map set in the Pacific theatre of WWII.

While a great deal of fan speculation sprouted from leaks, the past few weeks have begun to introduce teases from official COD sources as well. As Warzone settles into its fifth season, several small hints have also suggested an imminent reveal for Call of Duty: Vanguard. These mainly involve teases that “Vanguard is coming” hidden in the battle royale’s official artwork as well as a teaser video attached to endgame cinematics. The latter footage focuses on a crackshot sniper, who, upon further inspection, is also shown briefly in today’s new Vanguard teaser.

What do you think? Are you looking forward to the WWII-set Call of Duty: Vanguard, or have you only just settled into last year’s release of Black Ops Cold War? Let us know in the comments below and be sure to follow Don’t Feed the Gamers on Twitter and Facebook to be informed of the latest gaming and entertainment news 24 hours a day! For more headlines concerning Activision Blizzard recently featured on DFTG, check out these next few news stories: