There have been quite a few amazing exotic weapons throughout Destiny’s history. The Bad Juju is one of the few that have made an appearance in both Destiny and Destiny 2, and now the exotic pulse rifle has been found within Borderlands 3 as an Easter egg.

A new assault rifle added to Borderlands 3 called the Good Juju features quite a few striking similarities to Destiny’s Bad Juju right on down to the flavor text. The Good Juju reads, “Kinda, sorta wants to end all existence.” meanwhile the Bad Juju’s text states, “If you believe your weapon wants to end all existence, then so it will.” The weapon also features similar perks as well. Both weapons use a fully automatic burst fire mechanic as well as a perk that allows reloads on kills.

This isn’t the first reference to Destiny 2 within Borderlands 3 and it most likely won’t be the last. A “Loot-O-Gram” item dropped by a “Dinkle-Bot” within Borderlands 3 lets players exchange it for a brand new weapon, a mechanic that’s been a staple of the Destiny franchise as well. It’s a hilarious reference to Destiny’s Ghosts, originally voiced by Peter Dinklage and comically referred to by fans as Dinkle-Bots.

Borderlands 3 is currently available for PC, Xbox One, and PlayStation 4. The first upcoming DLC for the title called Moxxi’s Heist of the Handsome Jackpot is set to arrive on December 19th, letting players go on the ultimate heist for Moxxi in the usual brand of Borderlands madness. Let us know on the reference to Destiny’s Bad Juju in Borderlands 3 and more in the comments section below. As always don’t forget to follow Don’t Feed the Gamers on Twitter for 24/7 coverage of all things gaming and entertainment. 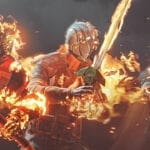 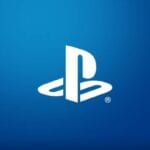