Inti Creates announced on the official site blog that they have released an update for Blaster Master Zero which is accessible for both the Nintendo Switch and the Nintendo 3DS. Version 1.2, as it is called, will add downloadable character who will be free for a limited time as well as two new challenger modes and settings. For those new to the game, there is a free demo available in the eShop to try it as well! There will be two stages for choosing and includes local multiplayer capability. For more information on the rest of the update, here are the details:

Yes, the last one was indeed read correctly. For a limited time, DLC characters Gunvolt (May 4th – May 17th) and Ekoro (June 1st – June 14th) are making a cameo in Blaster Master Zero for absolutely no charge. Following the promotion, each character will be available for $1.99 in the eShop. All of the content above is now available for the Nintendo Switch and 3DS. For a closer look at the free update, check out the gallery below:

What do you think of these new additions to Blaster Master Zero? Will you be taking advantage of the free DLC characters? Let us know in the comments section below or begin your own conversation on Don’t Feed the Gamers official Facebook and Twitter pages! For more awesome gaming and related news, check out the articles below: 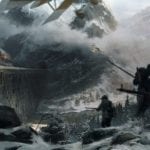 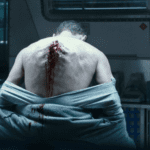