Beat Saber has quickly become known as one of the best rhythm games, and due to its virtual reality nature, it definitely stacks up in the fitness game genre. That said, there is a lot of music to choose from to become a quasi-Jedi master, but the latest music pack will take you back to the 2000’s.

The new music pack released for Beat Saber features 11 hit songs from the Linkin Park catalog, some of which are from their debut studio album Hybrid Theory, which is celebrating its 20th anniversary this October. You can check out a bit of the action in the trailer below:

For music fans, especially those who are into Linkin Park, this is definitely a must-have. In addition to the 11 Linkin Park tracks that are part of the Beat Saber music pack, there is also a new custom tunnel environment for players to enjoy. As for which songs are included in the pack, they are as follows:

Each track is $1.99 or the entire Linkin Park music pack can currently be purchased for $13.97 on Steam or $13.99 on the PlayStation Store. Beat Saber is currently available on PC and PlayStation 4. Keep it tuned to Don’t Feed the Gamers as this story develops, and for other gaming goodness going on right now, check out the following:

What say you, gamers? Are you excited to check out the new Linkin Park music pack for Beat Saber? Do you think we will ever see Mike Shinoda play the game on his Twitch channel at some point in the future? Sound off in the comments section below, and be sure to follow DFTG on Twitter for live gaming and entertainment news 24/7! 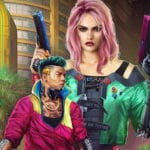 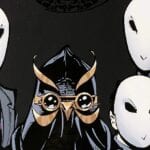