Avatar the Last Airbender has had its ups and down since the original series made critical acclaim in the mid-2000s with a cinematic adaptation by M. Night Shyamalan. So, when Netflix announced a collaborative adaptation with the original creators of the show, the community had high hopes. It is with a heavy heart, however, that Michael DiMartino and Bryan Konietzko recently announced their departure from the project.

DiMartino shared an open letter to fans of Avatar the Last Airbender fans regarding Netflix’s live-action adaptation. After two years of hard work, both he and Konietzko “made the difficult decision to leave the production.” Initially, the duo signed on as executive producers and showrunners. Though Netflix expressed commitment to honoring their vision as the original creators, production did not go as they had planned. DiMartino explained:

When Bryan and I signed on to the project in 2018, we were hired as executive producers and showrunners. In a joint announcement for the series, Netflix said that it was committed to honoring our vision for this retelling and to supporting us on creating the series. And we expressed how excited we were for the opportunity to be at the helm. Unfortunately, things did not go as we had hoped.”

“Look, things happen. Productions are challenging. Unforeseen events arise. Plans have to change. And when those things have happened at other points during my career, I try to be like an Air Nomad and adapt. I do my best to go with the flow, no matter what obstacle is put in my way. But even an Air Nomad knows when it’s time to cut their losses and move on.”

He continued, explaining that not all hope is lost without their involvement. “And who knows? Netflix’s live-action adaptation of Avatar has the potential to be good. It might turn out to be a show many of you end up enjoying. But what I can be certain about is that whatever version ends up on-screen, it will not be what Bryan and I had envisioned or intended to make.”

Regardless of the decision he and Konietzko’s involvement with Netflix’s adaptation of Avatar the Last Airbender, DiMartino assured fans that this isn’t the end of the franchise. However, their departure from this project has been frustrating to say the least. 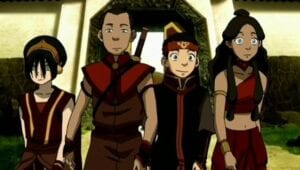 “Writing this letter has left me with a very heavy heart,” DiMartino confessed. “I know many of you will be disappointed and frustrated by this news. I get it. I share your disappointment and frustration. I also recognize this creative setback is small compared to the problems we’re all facing as a society right now. Thankfully, Iroh offered some wisdom for that, too: “Sometimes life is like this dark tunnel. You can’t always see the light at the end of the tunnel, but if you just keep moving you will come to a better place.”

As a fan of Avatar the Last Airbender and Korra, this is unfortunate news to say the least. When the original creators come out to publicly express their frustration, it urges one to second-guess the desire to support the upcoming Netflix adaptation – regardless of its potential. With that said, I’m going to give it a chance anyway, but I have my reservations.

What do you think about DiMartino and Konietzko’s departure from Netflix’s Avatar the Last Airbender? Let us know what you think in the comments section below or start a conversation on Don’t Feed the Gamers Facebook page. To stay up to date on gaming and entertainment news as it happens, follow us on Twitter! Here are some of our latest: