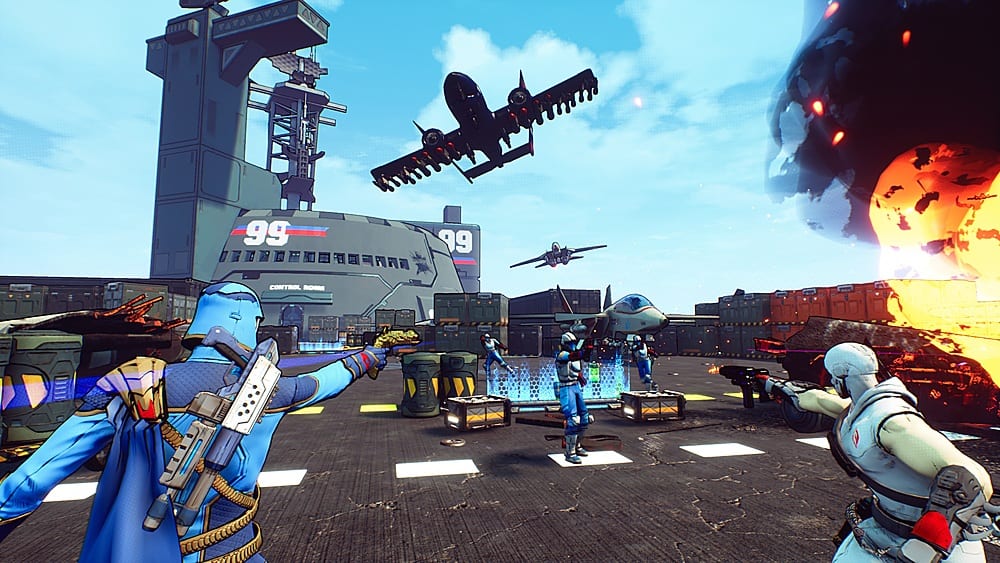 Another wave of nostalgia is washing over fans with the release of the G.I. Joe: Operation Blackout reveal trailer courtesy of IGN. The trailer starts off with an old school brought to new school vibe with a cel-shaded comic book and voice over. It quickly switches to both Team Cobra and Team Joe on what appears to an aircraft carrier while all the action begins to unfold. It also reveals that the story aspect will be told from both sides therefore giving fans a more inclusive and immerse experience into the G.I. Joe world.

G.I. Joe: Operation Blackout is a third-person shooter that has co-op and competitive modes (including Assault, King of the Hill and Capture the Flag) alongside an 18-mission campaign for those who wish to play solo. The single-player campaign will be based off of the comics that were released in the 80’s and will feature some iconic locations such as the U.S.S Flagg as well as Cobra headquarters. It will also allow you to play as 12 different characters from both factions.

The game is set to release on October 13th for Nintendo Switch, PS4, Xbox one and PC. Whether or not the game will allow for cross platform play has yet to be stated. Although the voice acting has been called questionable, there’s no denying that the trailer itself is exciting.

Have you watched the trailer? What are your thoughts and first impressions of the game? Sound off in the comments below! As always don’t forget to follow the Don’t Feed The Gamers twitter for the latest updates on gaming news and more!