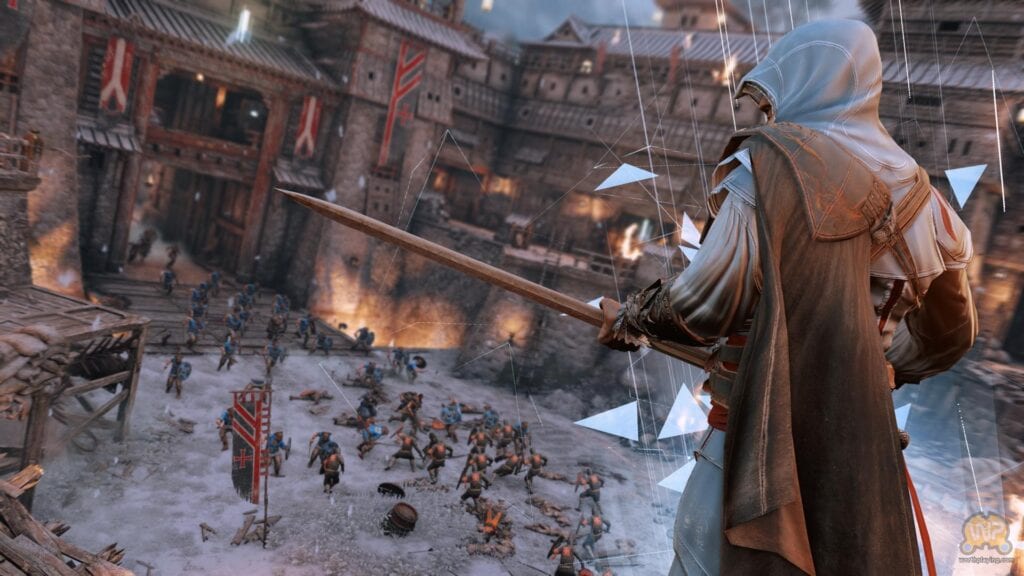 The action-packed dueling of For Honor already sports a variety of history’s most formidable fighters, having already brought forth the forces of medieval-era Knights, feudal Japanese Samurai, and Old Norse Vikings. This past October also saw the addition of a new faction in Chinese Wu Lin warriors, but the fighting game is now set to deliver one one of its most interesting crossovers yet with that of the Assassin’s Creed series.

Starting today For Honor will feature a three-week event called For the Creed, a special variation of Dominion mode where players will participate in the fight between the Assassin’s Order and Templars. Commanded by battle-ready Ezio Auditore da Firenze and Cesare Borgia, the familiar gameplay of Dominion will play out; a battle to control three zones of the map. Ubisoft has shared a video detailing how the special event will proceed, which you can watch below.

The Assassin’s Creed-themed mode arrives alongside a myriad of visual changes as well as gameplay variations. In addition to assassin abilities such as leaping into haystacks and hidden blade attacks, each map decorated with Assassin and Templar banners as well as variously-placed Animus glitches to mimic the series’ synchronization effects. As an added touch, the usual match narrator has been replaced with the voice of Warren Vidic, Assassin’s Creed’s man behind the Animus over at Abstergo.

A number of cosmetics will also become available during the event, letting players customize their gear to support the Assassins or Templars from all across the storied franchise. The presence of Ezio doesn’t mean this crossover is going completely old school, as a number of Spartan-themed Mask Outfits from Assassin’s Creed Odyssey are also made available available for all Heroes. 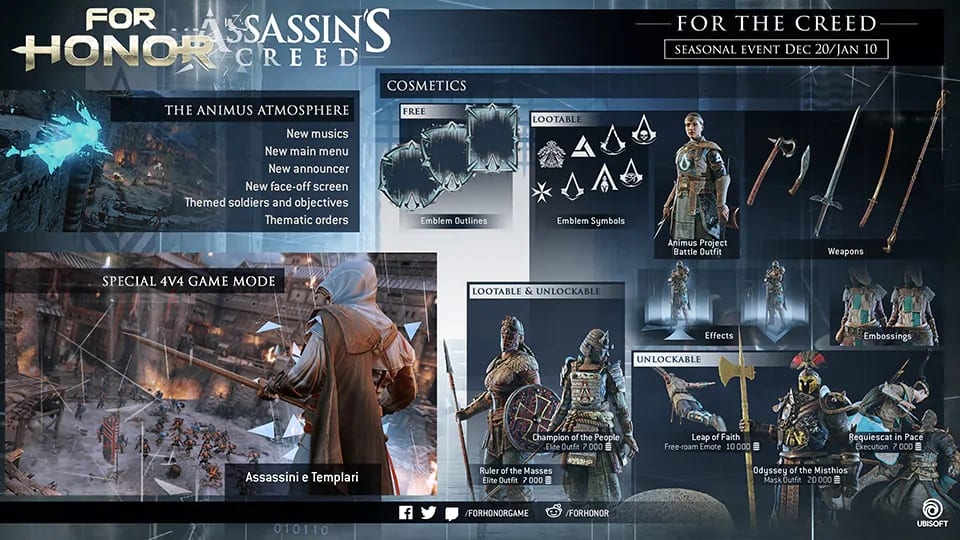 For The Creed event starts today in For Honor and runs from now until January 10th. The base game is out now for PC, PlayStation 4, and Xbox One.

What do you think? Are you going to take a leap of faith for For Honor’s For The Creed event? Let us know in the comments below and be sure to follow Don’t Feed the Gamers on Twitter and Facebook to be informed of the latest gaming and entertainment news 24 hours a day! For more headlines recently featured on DFTG, check out these next few news stories: 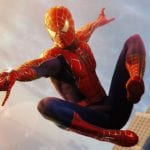 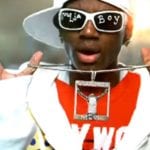