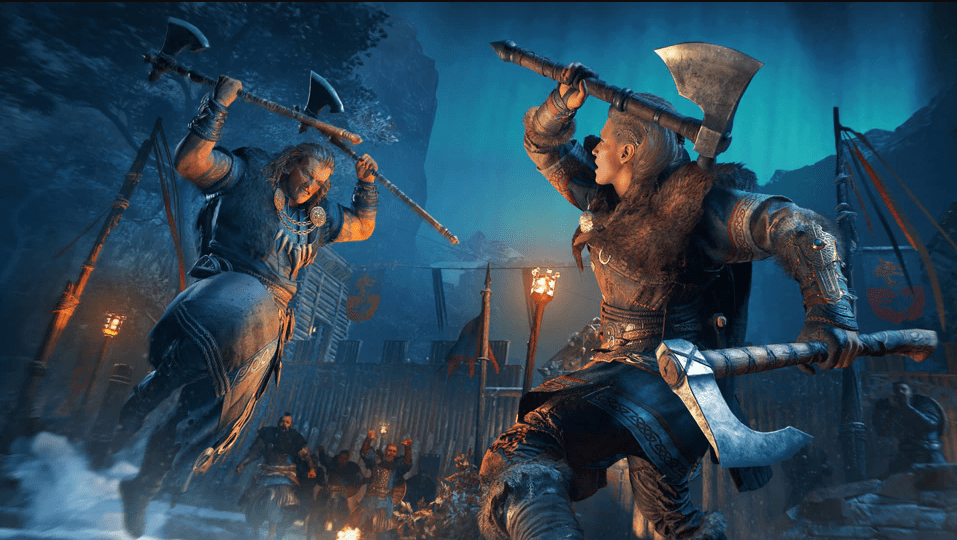 Here’s another way to celebrate the turkey holiday – a major game update! In the latest patch for Assassin’s Creed Valhalla dubbed Title Update 1.0.4, Ubisoft introduces a laundry list of changes and additions. There’s even a new performance mode, which allows players to choose between prioritizing visual quality of performance.

In addition to Performance Mode, Title Update 1.0.4 brings a mountain of improvements to continue polishing the overall gameplay experience, including patches to stability, graphics, audio, animation, and more. There have been a number of bugs and issues that this patch intends to fix as well.

For additional details on Assassin’s Creed Valhalla’s Performance Mode, check it out below:

The patch notes for Assassin’s Creed Valhalla’s is a length one, but if you’re interested in seeing everything they’re bringing – see here. It should be available for most players now, including those on Xbox Series X|S, Xbox One, PS4, PS5, and PC.

In other Assassin’s Creed Valhalla news, Ubisoft recently revealed the removal of PC achievements was unintentional. After reports of achievements being removed for PC users, players inquired with community representatives to clarify the mishap. Considering Watch Dogs Legion had both achievements and challenges, gamers weren’t too happy to find out Assassin’s Creed Valhalla was excluded. Within a couple days, Ubisoft managed to clear up the miscommunication. As of right now, the team is currently in talks of reinstating this feature to the game, but it’s still a work in progress.

Have you been enjoying Assassin’s Creed Valhalla? What else do you think Ubisoft should fix? Let us know what you think in the comment below or start a conversation on Don’t Feed the Gamers Facebook page. To stay up to date on gaming and entertainment news as it happens, follow us on Twitter! Here are some of our latest: