With the release so close we can taste it, some new gameplay footage of the highly anticipated Horizon Zero Dawn (HZD) has emerged. The videos showcase the in-game crafting system as well as the open world mechanics we can expect. A third video was released by PlayStation to show off the 4K graphics, which are mesmerizing.

The first video, which you will find below, shows how open the world of HZD really is. The developers at Guerrilla Games explain that not only is the game open world, but seamless. This means that wherever you travel, you won’t find any pesky loading screens. This allows for a more immersive experience. You may find yourself in an area that harbors machines far stronger than you, but that’s the risk you take by roaming around in this post-apocalyptic setting.

The next video showcases the in-game crafting we can expect in Horizon Zero Dawn. The developers are clear to state that HZD is not a shooter, but an immersive RPG (role-playing game). The team is so set on creating a seamless experience that once you have the recipe for certain ammo types, players will be able to craft on the fly without having to stop mid-battle to enter a crafting menu. Instead, players will be able to craft from an ammo select wheel and press a button to craft the object of their desire. This will allow for gamers to keep a steady flow of gameplay without countless hours spent in menus. Have a look for yourself in the video below:

The third video is more of a “look how f’ing gorgeous this f’ing game is” kind of video. If you have a 4K capable device, it is highly recommended that you watch the following video in full resolution. You can watch it in 1080p, and while still absolutely gorgeous, it’s ten times more beautiful in 4K. This is the reason that the PlayStation 4 Pro was made.

What do you think readers? Are you excited for the February 28 release of Horizon Zero Dawn? Let us know in the comments section below and be sure to stay tuned with DFTG for all of your gaming news. If you’re looking for a way to interact with fellow reader, head on over to our official Disqus to join in on the conversation. To catch all of the hottest news in gaming and entertainment, follow us Twitter for 24/7 news. 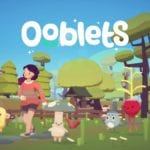 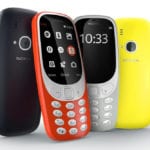