New Legend of Zelda: Breath of the Wild Amiibo Box Art is Giving Us Tingles

The box art for the new Legend of Zelda: Breath of the Wild Amiibo figures are getting us pumped for the upcoming game. Amiibo figurines are similar to Skylanders and Disney Infinity figures and use a thing called near field communication to interact with certain games by transferring data in and out of those titles and across different platforms. They can be used with the Wii U GamePad, the new Nintendo 3DS series, and the soon to be released Nintendo Switch. They even sell adapters for the other 3DS models. Over 39 million Amiibo have been sold since its start and we have no doubt they’re about to sell a whole lot of these Zelda ones! 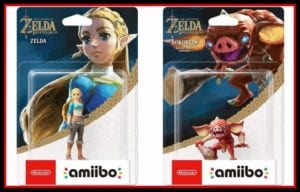 In case you have been living under a rock and were immune to all the recent Nintendo hype, The Legend of Zelda: Breath of the Wild is the newest in the action-adventure series and is going to be sold for the new Switch and Wii U. This will be the 19th in the Zelda series and the first developed for the Nintendo Switch! Breath of the Wild will be a little different than past games with an open-world map, advanced physics engine, and the choice to do any of the dungeons in any order you want! Originally the game was set for a 2014 release, exclusively for Wii U, but after it was delayed twice, they decided to make it the launch title for the new Switch. 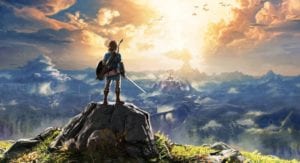 Are you planning to pair up your new Legend of Zelda game with these adorable Amiibo? Let us know about it in the comment section below and follow Don’t Feed the Gamers on Twitter for all the current gaming news. Excited for the Nintendo Switch? Check out these other articles below: 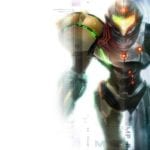 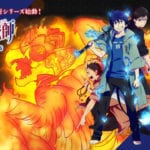