VenomPool to Return in ‘Edge of Venomverse’ 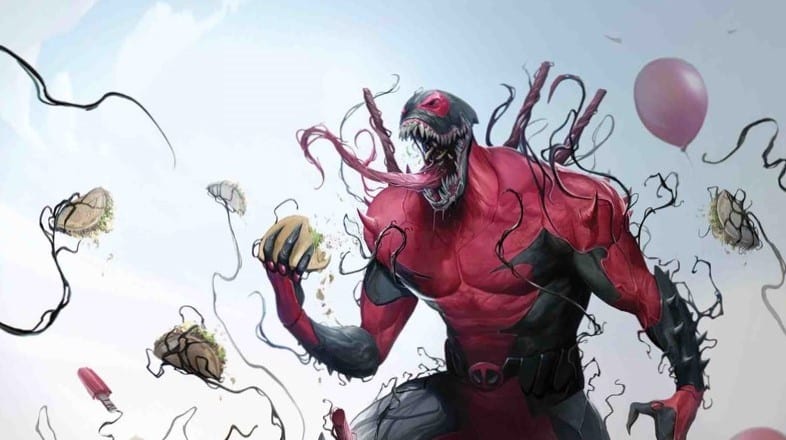 Back in 2011 in one of Marvel’s What Ifs, there was a story line that involved everyone’s favorite regenerating degenerate, Deadpool, in which he ended up bonding with the Venom symbiote. This was the beginning of VenomPool, and now it seems he (or they) is coming back to the pages of Marvel in Edge of Venomverse (EoV).

The series is based on a set of variant covers featuring various Marvel characters donning the Venom symbiote. The first issue of Edge of Venomverse is set to release on June 28, and will eventually lead into a major Venomverse event later this year. The short series will be an epic story featuring several Marvel characters getting “Venomized.” In the first issue X-23 will receive her taste of insanity and heightened abilities in an attempt to escape from the people that created her. EoV  is set to run in 5 parts, in which the symbiote will attach to X-23, Old Man Logan, Ghost Rider, Gwenpool, and the Merc with a Mouth himself, Deadpool. Check out the gallery of covers below:

Issue #5 will feature the once thought dead, VenomPool. In the comics, this symbiotic version of Deadpool has died twice already, once by completely erasing himself and the universe in which he lived (Earth-90211). Being Deadpool, he survived and was recruited by Dreadpool to join the Evil Deadpool Corps. During the war that spanned across all Deadpool Universes, VenomPool was laid to rest…or was he?

Edge of Venomverse #5 is being written by Clay McLeod Chapman and drawn by James Stokoe. The cover was drawn by Francesco Mattina, with a variant cover by Ron Lim. The solicitation page that is due to appear in August reads as follows:

• “Deadpool’s bonded with the Venom symbiote, blah, blah, blah,” you’re saying to yourself. Well HOLD IT RIGHT THERE, TRUE BELIEVER!

• Bringing you a terrifying tale of VenomPool trying to save a hospital full of innocent people who’ve been infected with a DANGEROUS MIND-CONTROLLING PARASITE is none other than horror writer and SPIDER-VERSE veteran Clay McLeod Chapman!

• Still not enough? WELL DON’T TURN THAT SOLICITATION PAGE, MARVELITE! Because the House of Ideas has enlisted comics legend James Stokoe to draw this – one of the most awesome, audacious and outrageous tales in all of Marveldom! SO DON’T MISS IT!

Are you excited for Edge of Venomverse? Which of the symbiote-bonded characters are you most looking forward to? How do you think they will justify bringing VenomPool back? Let us know in the comments section below. Be sure to follow DFTG on Twitter to catch around the clock coverage of the hottest news in gaming and entertainment. 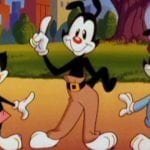 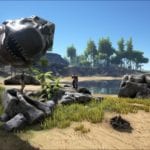