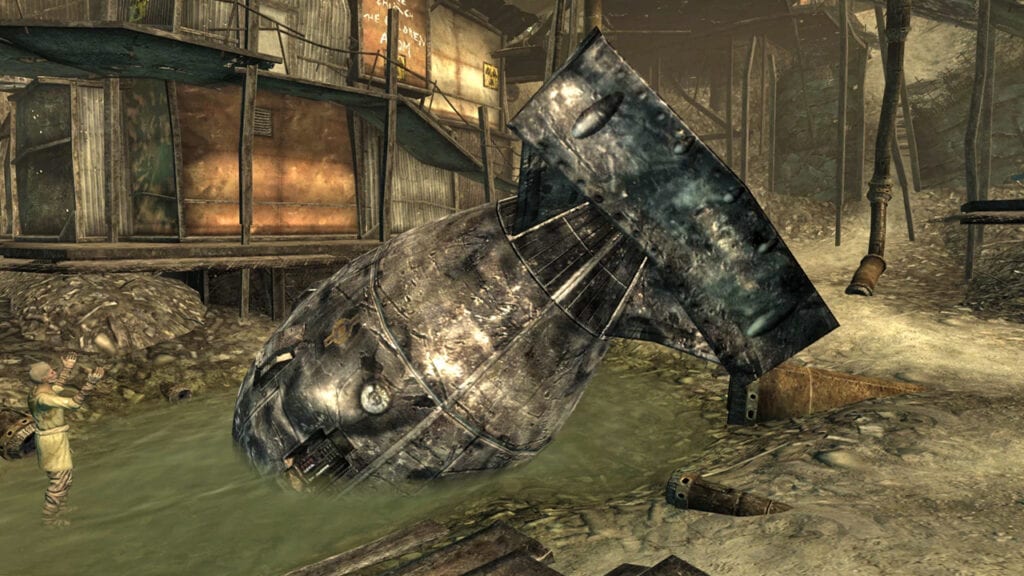 Following months of radiating hype, Fallout 76 recently made its eventful release, finally allowing players to wander among the newly MMO-populated wasteland. The Bethesda title opens up many possibilities for community-based fun as well as a bit of solo mayhem, not too unlike linear choices left to players in the mainline Fallout experience. One such dilemma is presented early on in Fallout 3, where the Lone Wanderer is given a particularly perilous choice: whether or not to blow up the city of Megaton.

While any sane person would likely opt out in real life, Fallout 3 presents an environment where survival is prized above almost all else, second only to obtaining the in-game currency of bottle caps. This mentality is placed in players’ minds immediately after leaving their cozy vault-dwelling life behind, with ruthless raiders, mutant bugs, and rogue robots endlessly crossing paths soon after. Of course, it’s upon reaching Megaton where this cutthroat atmosphere is put on relative hold, leaving the player to either follow in kind or continue the trend of mercilessness.

Following the introduction of various characters, it’s learned that a large undetonated warhead sits squarely in center of town, with little keeping inhabitants from going up in a mushroom cloud of smoke. One of the town’s most notable personalities is a particularly shady man known as Mister Burke, who offers the player a sizable stack of bottle caps to sabotage the bomb to explode. If inclined to do so, the player can build up their skill to set off the explosive or disable it for the continued safety of Megaton.

Choosing the latter option will net players a nifty base of operations, in addition to adequate bottle caps, and a swell of good Karma for performing a righteous act. The Wanderer will live among the community of Megaton and have access to the setting’s numerous character-initiated quest lines. On the flip side, Mister Burke doesn’t take the rejection of his offer well, and subsequently sends a band of bounty hunters to stalk the player throughout the remainder of Fallout 3.

Those with icier resolves can instead indulge their evil impulses and reduce Megaton to a smoldering crater. In response to the town’s destruction, Burke gleefully hands players the bountiful bottle cap reward, as well as a swanky new hideout to lay their head. However, this explosive result also awards negative connotations, not to mention an extremely notorious reputation. A number of NPCs will react in horror upon learning this heartless outcome, including the player’s in-game father, who would otherwise show support of his offspring’s actions.

More violent reactions arrive from Megaton’s surviving inhabitants, who immediately attempt to murder the player in an understandable fit of vengeance. While love is largely lost on most Megaton refugees, conversation can still be found in the (former) town’s talkative technician Moira Brown, albeit in a different form that most are used to. Players can find Moira wandering the Megaton ruins completely unaware she’s been transformed into an irradiated ghoul.

At this point, leaving the bomb alone surely seems like the least hassle of the two options, despite Moira’s ability to shrug off overwhelming radiation poisoning. As with most morality-based games, the ability to be a big ol’ jerk remains nonetheless tempting, and wiping a quaint settlement off the map is among the pinnacle of such devilish behavior. However, with little in-game incentive attached to actually doing the deed (outside the boom itself), perhaps blowing up Megaton isn’t the proudest of Fallout 3’s accomplishments. Fallout 76 on the other hand…

What do you think? Did you disable Megaton’s nuke in Fallout 3, or watch from afar as the settlement exploded? Did you opt out and do nothing instead? Let us know in the comments below and be sure to follow Don’t Feed the Gamers on Twitter and Facebook to be informed of the latest gaming and entertainment news 24 hours a day! Also, be on the lookout for the next Throwback Thursday where we’ll highlight yet another piece of trivia from gaming past. For entries from previous weeks, check out these next few news stories: 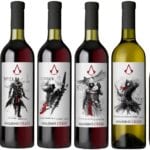 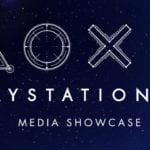 Sony Confirms PlayStation Will Not Be At E3 2019