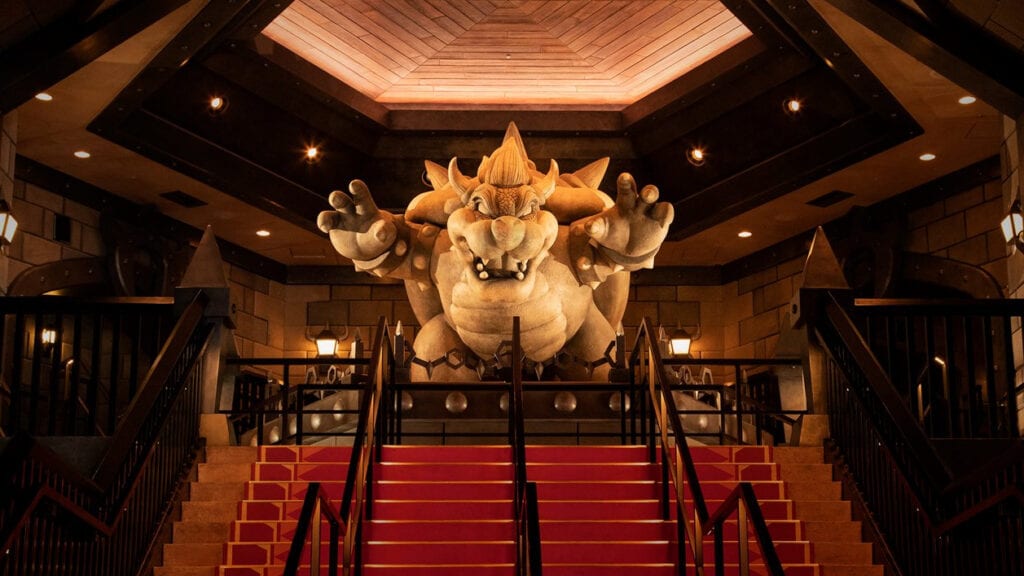 Universal Studios Japan was originally set to open their Super Nintendo World earlier this year, but the ongoing global pandemic got in the way of those plans. That said, it has officially been revealed that the highly anticipated theme park will be opening its doors in just a few months.

Taking to Twitter, the Universal Studios Japan account shared a few images of the upcoming theme park along with the long-awaited announcement. In the tweet, we are able to see an overview shot of the park as well as a grand staircase leading up to a statue of the one and only Bowser. We also get a look at the Mario Kart ride, because what is a Super Nintendo World without Mario Kart? Of course, these images are joined by the announcement that the theme park will be opening its doors on February 4, 2021.

Until the opening of Super Nintendo World, however, those in the Osaka area are able to visit Universal Studios Japan and go to the Super Mario Café, which is part of the theme park that was opened to the public last month. Fans are able to go there and get their hands on food and merchandise that is based on the popular platforming franchise. You can read all about that right here.

In addition to the announcement, Super Nintendo World opened its doors to members of the media to get a look at everything going on in the park. As Bloomberg’s Kurumi Mori confirms in the video below, it also looks like Universal Studios Japan is working on a Donkey Kong attraction.

As stated above, the Super Nintendo World theme park will be opening its doors to the public on February 4, 2021. Keep it tuned to Don’t Feed the Gamers as we learn all about the upcoming attraction, and for other gaming goodness going on right now, check out the following:

What say you, gamers? Are you planning to visit the Super Nintendo World theme park at some point in the future? What other Nintendo-related attractions are you hoping to see pop up at Universal Studios Japan? Sound off in the comments section below, and be sure to follow DFTG on Twitter for live gaming and entertainment news 24/7!

Final Fantasy XIV's Next Expansion May be Announced Early Next Year