Do you ever long for the days when the work of a man or woman was measured by the calluses on their hands? Soon we will be able to revisit those golden days with Stardew Valley on PS4 and Xbox One. The game will be available for purchase in the United States on December 13th of 2016 on the PS4 and the day after on the Xbox One.

Stardew Vally is a farming simulator, often compared to the Harvest Moon series, and rightly so as the games share a similar look and feel. You arrive in a community with the intent on resurrecting a little farm. As you get to know your neighbors, you expand relationships, fall in love, and turn your plot of land into a money making machine.

One aspect of Stardew Valley that improves on the concepts laid down by it’s great grandfather, Harvest Moon  is that  there is a fully fledged combat and leveling system, highlighted in the village cave. The player must fight off monsters as they delve into the depths in search of the bottom of the cavern.

Stardew Valley was originally scoped to drop on the Wii U in conjunction with the Xbox One and PS4 counterparts, but according to a statement released by the creator Chucklefish Games, this effort has been abandoned. Fortunately, for those that are Nintendo fanatics, Stardew Valley will still be coming to the upcoming Nintendo Switch at an unspecified date.

Stardew Valley will not be coming to the Wii U, however. Looking at Wii U and the current gaming landscape, we made the difficult choice to shift our development efforts to creating a version for Nintendo Switch.  I am really looking forward to the Switch, and I believe that the Switch’s unique capabilities could create some exciting opportunities for Stardew Valley.

Steam users have long since been graced with the presence of the quaint little farming sim and the game has been showered with adoration for the simplistic design and addictive nature. A the time of this submission, the game holds the coveted Overwhelmingly Positive status, with 43,439 positive recommendations out of a total of 44,273. Let us know in the comments if you’re planning on picking up Stardew Valley for console, and pretty please, post screenshots of your awesome farm setups! 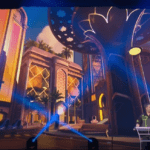 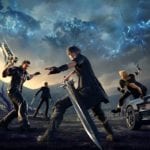 ICYMI: Here is the Full List of Games That Released This November